Top 5 Reasons Why Travelers Should Visit Tijuana in 2021

Tijuana is one of the most recognizable cities. A gateway to Mexico, it has the world’s busiest border crossing. This modern and dynamic city is filled with history, industry, restaurants, hotels, and the best hospitals in Mexico.

The Cross Border Xpress or CBX is an enclosed pedestrian sky bridge for travelers using the Tijuana International Airport. It allows passengers to cross the border between Mexico and the United States, avoiding delays at the congested San Ysidro and Otay ports of entry.

The 390 feet long sky bridge connects the Tijuana International Airport with a service terminal in San Diego. Since it opened, it has serviced millions of users that travel between these two countries. As a result, CBX has become the easiest and safest way to go across the border when traveling to Mexico.

Another advantage to using CBX is saving up to 50% on Mexican destinations instead of traveling from Southern California airports. Travelers can purchase Tickets for CBX online, and you can find all the information on their website. Arrive with enough time when using CBX and fill out your paperwork before arrival to expedite your travel.

Mexico receives medical travelers from all over the world, especially from the US and Canada. High-quality medical treatments are offered at a significantly lower cost, making this city in Mexico one of the top destinations for medical tourism. In addition, its geographical location represents a convenient location for Americans in their search for better health.

Top medical procedures in Tijuana include dental, plastic surgery, and bariatric surgery. Other treatments that also attract tourists from all over the globe include oncology treatments, fertility, and wellness, among others.

Cross-border medical tourism has boosted the city’s economy. Along with patients and companions, it is estimated that Tijuana receives 2.5 million visitors each year, and this figure keeps growing. In addition, this industry has sparked new hospitals, office buildings, shopping centers, and hotels that include beds for patient’s recovery, making this one of the highest growing industries.

Tijuana was founded in 1889; it began to define its current direction in the 1920s, during the Prohibition era. Americans escaped to Tijuana, which catered to alcohol and other vices, especially in Avenida Revolucion in the historic downtown area.

After the Prohibition lifted, Avenida Revolucion continued to be the most iconic street in the city, filled with bars and shops. Its privileged location just along the US border made it a duty-free zone from 1930 to 1982. As a result, many US soldiers came for entertainment in the fifties and sixties before going off to war.

The city has focused its efforts to revive its past glory days; with restaurants and businesses on the rise, it continues to attract local and foreign visitors.

Tijuana has an exotic culinary diversity that makes it a must-visit destination. The city’s relaxed, innovative vibe has brought upon its gastronomical boom. Featured in the Netflix show Taco Chronicles, Tijuana’s famous taco shops are highlighted, with the favorite carne asada taco. In addition to traditional Mexican gastronomy, you will find the Bajamed cuisine with a combination of California and Mediterranean ingredients, created by chef Miguel Angel Guerrero.

You cannot leave Tijuana without tasting a Cesar Salad at Ceasar’s Restaurant in Avenida Revolucion. This world-famous dish was created in Tijuana in the mid-1920s, in the hotel that bears its name.

Tijuana’s soccer team is Club Tijuana Xoloitzcuintles de Caliente, commonly known as Xolos, and they are part of the Mexican professional soccer league Liga MX. Founded in 2007, they quickly became national champions in 2012.

They play their home matches at Estadio Caliente, a half Latin American bowl and half American college football ground. Located centrally in the city, it’s an accessible spot for locals and tourists. Xolos take a lot of their fans from the US border states. You will find many of these American fans, with football only a part of the attraction.

The biggest city in Baja offers endless activities that you can enjoy. It’s a city with a vibrant culture, just like its American neighbor. With the enormous potential that promotes innovation, productivity and inclusion, visit Tijuana, and you’ll fall in love with this ever-changing city. 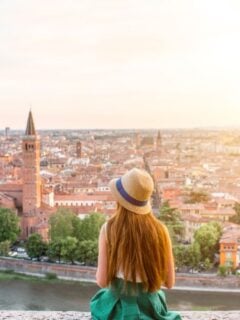 Next
Top 10 Tips for Saving Money On Flights in 2021
Click here to cancel reply.