Following the circulation of a video where Tulum police officers appear to be extorting tourists, local authorities in the popular Riviera Maya destination have been quick to respond, assuring measures will be taken to fight corruption and protect visitors from abuse.

Although Mexico is a relatively safe destination, and currently one of the most visited countries in the world, American tourists have been advised to exercise greater caution when visiting due to reports of violence in tourist areas and renewed gang activity. Now, extortion may be yet item to add to a growing list of concerns for those visiting.

Tulum Reacting Promptly With “Zero Tolerance” When It Comes To Corruption

As reported by La Jornada Maya, some agents of the Municipal Police were caught on video extorting money from a French national, supposedly due to excessive speeding. The foreigner(s) had to surrender their driver’s license and were then escorted by the corrupt officers to the nearest ATM, being forced to withdraw cash in order to retrieve their document.

As seen in the video, taken by a local inhabitant in north Tulum, the patrol 92106 officers refused to hand back the victim’s driver’s license unless he gave them money. While we are not able to confirm speeding limits were indeed broken here, it is certainly not unusual for police officers to issue fines in these situations, or a driver to have their license suspended in extreme situations.

On the other hand, requesting money from offenders is a well-known corrupt practice, and one that security officials in Tulum will not tolerate. According to Óscar Alberto Aparicio Avendaño, head of the General Directorate of Public Security and Municipal Traffic, both officers involved have already been identified and called to testify.

In fact, the incident may not have happened far from a local police station, with the Chedraui supermarket, where the video was taken, located just a few blocks away. Acknowledging the concerns of those traveling to Tulum during this uncertain time, Avendaño assured that there will be “zero tolerance” when it comes to extortion and the protection of locals and visitors alike.

In a recent statement, the ‘presidente municipal‘ (or municipal president, as defined in Mexico) Marciano Dzul Caamal has also been clear in asserting that any official carrying out illegal activities, or resorting to corruption will be punished accordingly.

When it comes to higher crime levels in the region, Mexico is already rushing to ensure visitors feel safe, going as far as sending the National Guard to the Riviera. Unfortunately, it might be too late now to save Tulum’s reputation as a quaint and carefree beach town.

How Does This Affect Americans Visiting Tulum Or Other Riviera Maya Hotspots?

The U.S. Consulate General in Merida has already urged American citizens to be more vigilant when visiting the neighboring Quintana Roo state, of which Tulum is a part of, although there is no mention of police corruption as a particular threat to the well-being of tourists.

Recently, Mexico has been taking its new status as a tourism behemoth with a pinch of salt, especially after the U.S. issued a warning for its citizens discouraging trips there. While tourists generally feel safe visiting, and crime levels are not overly pronounced compared to other Caribbean hotspots, violence seems to be spilling over into tourist centers.

Several shootings in the area surrounding Tulum, including Playa del Carmen and Cancun, have led visitors to reconsider travel to the Mexican Caribbean in recent weeks. Among those events causing the setback is the Xcariot Hotel shooting, which resulted in the death of two Canadian nationals seemingly involved with organized crime.

Despite the dire headlines, visitors from across the world have continued to land in Mexico, and especially at its westernmost coast in droves. In fact, the increase in demand has led authorities in Cancun Airport, one of the main commercial hubs used for Tulum-bound travelers, to streamline processing times in order to avoid the infamous bottlenecks at the border.

Currently, Mexico is one of a select few that have zero Covid policies affecting tourists. Both vaccinated and unvaccinated Americans are welcome, with pre-departure testing and the increasingly common health forms not required either. This means that those wishing to escape harsh Covid mandates are able to experience a “near normal” reality when choosing Mexico as their next sunny getaway. 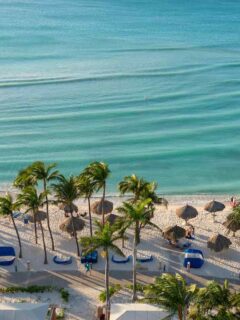 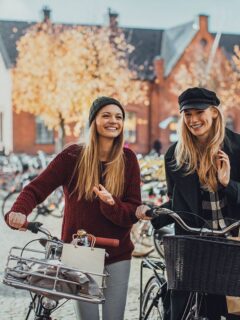 Yesterday my husband and I were pulled over by the police. We were about 10 minutes away from our hotel Secrets Playa Majueres. The officer claimed we were speeding pass a check point took my husband driver's license and said we either pay them $4000 pesos on the spot and go or he writes us a ticket and we go to the station the next day and pay $7000 pesos and then my husband will get his driver's license returned to him. I told him we were not speeding, we were driving slower than all the cars that were flying pass us, so why was we and the other tourist in front of us the only ones pulled over. When I debunked the speeding his next excuse was my husband was on his phone. Again I told him that's not true, my husband phone was on the console and the navigation was on. After going back and forth with them and me threatening to call the hotel for help the officer got agitated and let us go. My husband and I are from New York and we were both born in the Caribbean. We've traveled all over the Caribbean and to many different countries rented cars and never experienced anything like this. I will never return to Mexico and I will encourage family and friends not to.

This extortion has gone on for DECADES, UNABATED!! It's NOT ONLY the Mexican Police -- the Mexican Govt. better look at their Customs & Immigration officers who are rampant with extortion because tourists are literally at their mercy to enter & leave Mexico!

I had 3 young ladies that I booked to Cancun for a long weekend. Upon departure back to the U.S., Mexican Customs & Immigration security personnel extorted $20 each from them through the "red light/green light" random selection process (which is/has been BS in itself).

My husband and I have been targeted on 2 different occasions, too: At the CUN airport upon arrival by a Customs & Immigration official who claimed my husband's documents were not "legal" ($40 extortion -- one is at their mercy with no choice but to comply!). Another time by a Mexican Police motorc ycle cop who claimed we were driving 10 KM's over the speed limit. Luckily for us, his extortion effort ceased when we told him we were travel agents.

Tourists are ripe for the picking especially when renting vehicles. All vehicles have rental agency bumper stickers which is the "target" for unscrupulous cops. The other situation is the rental agencies who have mandatory insurance premium requirements. They'll also claim vehicular damage once the tourist returns the vehicle...even though damage was ON the vehicle before it was rented!!

Another extortion scam is in the shops. An item suddenly falls off a wall and breaks. There are no other tourist witnesses around. The tourist nearest the broken item is accused of its breakage & a monetary demand is made by the shop owner. If the tourist argues (which every innocent person does), Police are called -- and they're "in" on the scam, too.

The tourist does NOT win. EVER.

@MizCricket, Tourists don’t win if they don’t speak Spanish and comply. That is why they are an easy target.

Because the police is so corrupt in the State of Quintana Roo, the local law says that the fines for minor traffic violation must be waived for the first 2 infractions when it involves tourists. I wish that rental car companies would be obliged to tell that when renting out a car and include a copy of the article: CAPITULO XVII APOYO AL TURISTA. Artículo 241