After banning flights from multiple African nations, U.S health officials are re-evaluating the ban and are hoping to lift it soon.

The U.S government’s chief medical advisor, Anthony Fauci, said the U.S. is reviewing its travel ban on South Africa and other African nations. He said he hopes to lift the ban “within a reasonable amount of time” as the Omicron variant spreads through the U.S.

Anthony Fauci said, “That ban was done at a time when we were really in the dark – we had no idea about what was going on, except that there had been an explosion of cases of omicron in South Africa,”

“When the ban was put on, it was put to give us time to figure out just what is going on. Now, as you mentioned, as we‘re getting more and more information about cases in our own country and worldwide, we are looking at that very carefully on a daily basis,”

“Thus far, though it’s too early to really make any definitive statements about it, it does not look like there’s a great degree of severity to it,” Fauci said, in regards to the ongoing investigation into the Omicron variant.

“We feel certain,” he added, that booster shots and vaccine will provide sufficient protection.

Anthony Fauci said the U.S health officials felt “very badly” about the “hardship” the travel ban has created for the southern African nations. He added, “Hopefully, we’ll be able to lift that ban in a quite reasonable period of time.”

The United States implemented a travel ban from southern African nations following the emergence of the Omicron variant. Many nations, including the E.U, have implemented a similar travel ban.

U.S President Joe Biden said, “I’ve decided we’re going to be cautious. We don’t know a lot about the variant except that it is a big concern and seems to spread rapidly, and I spent about a half-hour this morning with my Covid team led by Dr Fauci, so that was the decision we made.”

Despite the emergence of the Omicron variant, the health minister of South Africa called the travel ban “unjust.” He criticized nations for “wanting to put the blame” on South Africa and other southern African nations instead of working together to address the situation as guided by the WHO.

He also said, “The kind of knee-jerk reaction, it really doesn’t make sense. We must work together, not punish each other,”

“Witch hunts don’t benefit anyone. South Africa wants to be an honest player in the world, to share health info not just of benefit to South Africans and citizens of the world,” he added.

The Reaction To The Travel Ban

The World Health Organization’s regional director for Africa, Matshidiso Moeti said, “Covid-19 constantly exploits our divisions. We will only get the better of the virus if we work together for solutions.”

The World Health Organization added, “The WHO stands with African countries which had the courage to boldly share life-saving public health information, helping protect the world against the spread of Covid-19.”

The IATA (International Air Transport Association) said the travel bans are a threat to the travel industry’s recovery and will lead to the tourism industry being left behind.

The head of the IATA, said, “Unfortunately, government responses to the emergence of the Omicron variant are putting at risk the global connectivity it has taken so long to rebuild,”

As the world begins to understand the Omicron variant, the travel industry hopes the new restrictions end in early 2022. 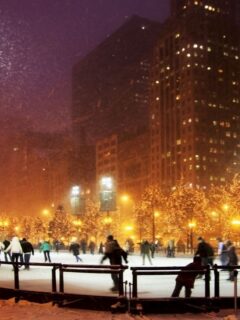 End of pandemic insinuated by this statement. Time to celebrate, if you can reach down through the levels of fear and allow joy and optimism.

I love it they will lift the ban when he sees fit to do it. who runs your country.

Is this guy Fauci now dictating US policy re corona virus? He is useless, and most times misinformed and causes panic!! Wish he'd just GO!

"U.S. Considers Lifting as Omicron Is Not More Severe"? so why thailand re-enforce more restrictions due to Omicron?