With the curve well and truly flattened, cases having fallen dramatically compared to the turn of the year and a vaccine roll-out that’s the envy of most of the world’s countries, British travelers should have a lot to smile about. However, strict and slow movement on the government’s behalf means that this isn’t the case.

Whilst the country’s European neighbors enact sweeping changes to their border policies and look to restart tourism with a bang, the UK’s approach has been much slower in comparison – though there are signs it is picking up speed. Here’s a look at which countries the UK added to its green list yesterday.

As far as travel to and from the UK is concerned, the green list is the one that countries want to be on, and the one where travelers hope to see plenty of countries listed. That’s because travel from a green list country to the UK can be done without having to quarantine upon arrival, making trips to these destinations much more convenient for travelers.

The other lists – amber and red – have more severe restrictions attached to them. Coming from an amber destination means a travel would have to self-isolate upon their return to the UK, whilst those entering the UK from a red list country would need to stay in one of the UK’s costly hotel quarantine facilities for 10 days.

Britain’s approach to restarting tourism has come under heavy fire from those in the industry. With the eyes of the travel world upon them, the UK made changes to their green list for the first time since they controversially switched Portugal from green to amber at the start of the month – and plenty of destinations were added.

British travelers will be thrilled to see popular nearby travel destinations such as Spain’s Balearic Islands, Malta and Madeira make the green list, giving them several more options than they previously had. The addition of the Balearic Islands – which include the regular British haunts Ibiza, Menorca, Majorca and Formentera – has been just as warmly received by locals as it has by the British, with one director of tourism saying that it is “like a rebirth” following months without tourists.

Also making the green list this time around were the Caribbean islands of Antigua, Barbados, Barbuda, Dominica and Grenada, a further boost for the region in the wake of several other islands opening up to American travelers. Finally, the last additions to the green list are several of the UK’s overseas territories – Anguilla and Montserrat, Bermuda, British Antarctic Territory, British Indian Ocean Territory, British Virgin Islands, Cayman Islands, Pitcairn, and the Turks and Caicos Islands. Additions to the green list will take place from June 30th.

Whilst it is a positive step for the UK, it comes with the caveat provided by Transport Minister Grant Shapps that each destination (apart from Malta) was also placed on the green watch list, meaning they were at risk of moving back to amber, as was the case with Portugal. The Department for Transport also provided information about the UK’s plan to allow vaccinated travelers to arrive from amber countries without having to quarantine. The department revealed that it would take place in phases, starting with UK residents, before dropping it completely later in the summer. They did not publish specific timescales of when such changes would occur. 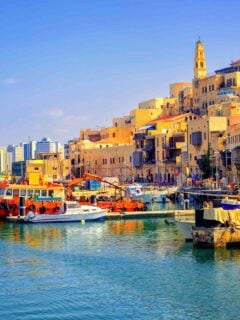 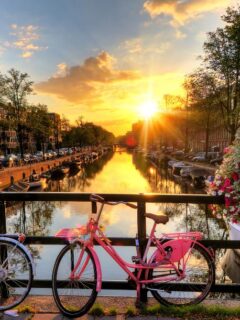 Next
Netherlands Opens To All American Tourists Regardless of Vaccination
Click here to cancel reply.

So sad the UK government allowed travelers to bring back the Indian variant from India for a month after they were warned but are unable to allow for vaccinated travel. Shapps bumbling in the background. While the economy tanks and ordinary UK holiday makers have their hopes dashed again and again.

@Rich, unfortunately you can still get (and even spread?) the virus after you've been fully vaccinated. Only solution to 'stop' the virus would be to close all borders worldwide. Which is not a realistic one of course...