After finally opening up to millions of international tourists without the need to quarantine if you’re fully vaccinated, the British government was considering changing its entry restrictions today.

The proposal would have set the British travel industry back on a day that the United Kingdom reopened to much of the world.

The move would have warned people in amber list countries — such as the United States — that they were about to be put on the red list. If you’re coming from a red list country, you’ll still have to complete a mandatory hotel quarantine at your expense.

The British Prime Minister suggested that the move would help to combat the spread of new variants from around the world.

Boris Johnson stated, “We also have to recognize that people want, badly, to go on their summer holidays, we need to get the travel industry moving again, we need to get our city centers open again and so we want an approach that is as simple as we can possibly make it.”

The Reaction From The Travel Industry

The news sparked fury among the British travel industry. The country has been closed to the U.S and European travelers for most of the previous 16 months.

Today was the day that Britain reopened to the world, yet the new restrictions would mean various travelers would avoid coming to the U.K if they were on the amber waitlist.

Also, many British travelers would avoid going to countries that would have been on the amber waitlist, which likely included Spain.

The Shadow Transport Secretary Jim MacMahon stated, “Not only have ministers failed to protect our borders, allowing the Delta variant to reach the UK in such force, but time and time again they’ve refused to be straight with the public and industry.”

The Current Entry Requirements And COVID-19 Situation In The U.K

U.S and EU travelers can come to the United Kingdom if their country is on the amber list and they have received two vaccinations.

Before today, most incoming passengers from the U.S and the E.U would have to quarantine. The quarantine would take place in a government hotel or a private accommodation.

Today, amber list travelers will need to book a COVID-19 day 2 test and show proof of vaccination. To prove your vaccination status, you’ll need either an EU Digital COVID Certificate or a CDC card for the USA.

If you can’t provide either of these, you’ll need to follow the rules for unvaccinated travelers from the U.S and the E.U.

The United Kingdom has lifted almost all restrictions on life within the country. As a result, you’ll find all bars, nightclubs, and restaurants open again. You’ll also enjoy all attractions with zero restrictions.

If you’re looking to visit a European nation without any frustrating COVID-19 restrictions, the U.K is the best option for you.

Nonetheless, if the British government had stuck to its plan of making an amber waitlist, travel to the U.K could have become more restricted again.

5 Safe-Bet Destinations That Will Remain Open For Tourism 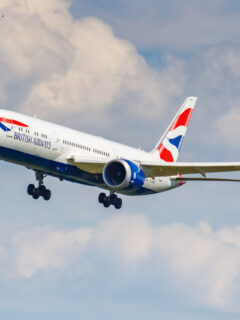 Next
U.S. Issues ‘Do Not Travel’ Advisories For Greece, Ireland and Malta
Click here to cancel reply.