The British have had a tough time of the pandemic over the past year. Not only do they have some of the worst Covid-19 statistics on the planet, the Brits have been forced to endure Christmas, New Year and now Easter under a strict lockdown.

Their impressive attempt at vaccination and hopes of a summer holiday have pulled the British through, but recent news that holidays are to be banned until July has taken away what little hope remained for millions in the UK. Here’s a look at their tough new anti-travel laws, and why there still may be hope for British travelers on the horizon.

Under the details of the UK’s current lockdown, travel abroad is not permitted, with the official government website stating that citizens must stay at home and that it is illegal to travel for holidays. This has been the case for months now, with the UK in the harshest of its three lockdowns since the start of the pandemic.

British travelers had pinned hopes on just a few more weeks of lockdown when Boris Johnson, the Prime Minister of the UK, revealed his roadmap out of lockdown. The roadmap stated that foreign travel could be an option from May 17th, and the UK saw a deluge of bookings for holidays this summer as the travel-starved Brits dreamed of sunnier climes. However, following the recent announcement, it seems that the Brits may have a longer wait on their hands than first anticipated.

British travelers will have to delay their travel plans even longer after a draft law published yesterday revealed that leaving the UK without a valid reason will be illegal until June 30. Valid reasons include for purposes of work, education or for health reasons. Under the draft law, those who travel to a port or an airport with the intention of leaving for a holiday run the risk of facing a fine of £5,000 ($6900). The ban has been extended until June 30th.

The news emerges following a series of interviews with senior British politicians who were wary of the continued threat of the virus and its effect on the chances of foreign travel for British citizens. Member of Parliament Helen Whately warned people to “hold fire” with regards to bookings, whilst Boris Johnson and Health Secretary Matt Hancock spoke of their worries of the “third wave” of the virus landing on British shores.

Why British Travelers Should Be Optimistic

Whilst the extension of the ban might seem like the end of the world – or, at least of summer travel plans – for British travelers, there is some cause for optimism to be found.

Whilst it’s not a good sign that the ban has been extended, government officials have been quick to remind people that this extension was for legislative convenience, rather than a specific ban reacting to the Covid-19 situation around the world. The government is still scheduled to meet in April to decide the future of travel for British travelers – so with an increase in vaccinations and a better global Covid-19 situation in place by then, British travelers may yet find themselves in some much-needed sunshine.

Secondly, government offices are hard at work finding a solution to letting people travel abroad, with a color-coded “traffic light” plan based on the status of vaccine passports recently surfacing in the press. Should such a plan come to fruition and provide adequate safeguards to both British travelers and those at home, the government may well bow to the pressure of the British public, aviation industry and the tourism sector and allow Brits to travel sooner rather than later.

Iceland Reopening To Vaccinated Tourists From All Countries With No Testing 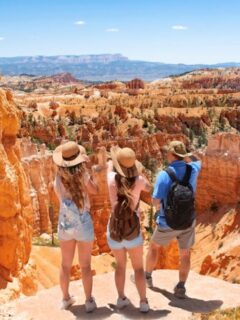 Previous
Top 10 Up and Coming U.S. Destinations For Summer 2021 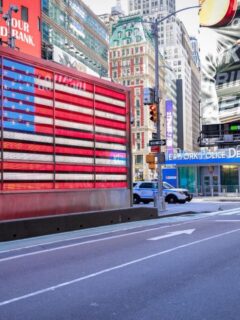 Do you know if this affects a British person who has been abroad for the last 6 months? I'm currently in Mexico and planning to travel to Colombia next month. This should be fine?

These rules have to do with travel in and out of the UK, not to Brits already abroad

Where is anarchy in the UK when we need it?

Does this mean Turkey and Greece are more likely to extend lockdown and delay tourism instead of opening, given that the UK is the bulk of their tourism and will now be unable to travel? :(. I had Bodrum planned in May but now I’m reconsidering.

I don't think there is any correlation between what the UK decides to do and Greece/Turkey.