Just days after easing travel restrictions to enter the country, the United Kingdom has taken another step towards resuming international travel by slashing its red list from 54 to just 7 countries.

Vaccinated travelers from non-red list countries do not have to take a pre-arrival PCR test but must still take one two days after arrival.

Those coming from a red list destination must still pay to quarantine in a hotel for ten days at the cost of £2,285 for one adult. However, the list of red list countries has been slashed today.

This means travelers coming from destinations outside of those seven will have their vaccination status certificates recognized and can avoid expensive post-arrival testing requirements.

The Scottish government said the changes were “agreed on a four-nation basis.”

All arrivals will still complete a passenger locator form.

Transport Secretary Grant Shapps said the changes begin on Monday and “mark the next step” in opening travel and that the government was “making it easier for families and loved ones to reunite.”

“Restoring people’s confidence in travel is key to rebuilding our economy and leveling up this country. With less restrictions and more people traveling, we can all continue to move safely forward together along our pathway to recovery.”

PCR Test Will Be Replaced By Cheaper Lateral Flow Test

In addition to cutting the red list, the government will soon take another step in easing travel restrictions by replacing the day two “PCR test on arrival” with a cheaper lateral flow test.

A UK government source said the government was still working on a date for when the new testing rule would be introduced but aims to have it in place by the half-term break, which for many schools in England is after October 22nd.

The government said when the change does come into force, people will be able to demonstrate their negative lateral flow day two test result by taking a picture of it.

A Heathrow spokesperson said the announced changes would “kick start a global Britain.”

“However, the missing piece to this is clarity on when cheaper lateral flow tests will be accepted, which is now critical in order to save the half-term getaway for many.”

Tory MPs and industry experts have also warned that keeping the PCR requirement in place is putting people off travel because it is adding to the cost of a trip abroad, particularly for families.

The travel industry praised the government for a “much-improved system” but called on ministers to implement changes to testing as soon as possible and consider scrapping tests for passengers arriving from low-risk countries. 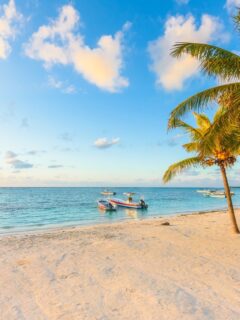 Previous
Top 7 Things to do in Akumal, Mexico 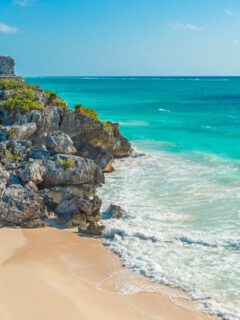 Next
Top 10 Beaches To Visit In Tulum, Mexico
Click here to cancel reply.

The UK does not recognise fully vaccinated persons who have been vaccinated in Africa. For example if you have received 2 shots of the Astea zenica vaccine in Morocco, there is still a requirement to self isolate for 10 days and take a second PCR test on day 8 !

Is there a chance they will get rid of these day 2 tests? so annoying; I rather show a test upon arrival than make these arrangements.