United Club members and other customers flying from Newark Airport: you are in for a big treat starting this week.

The airline has just opened what has to be its largest, and surely most incredible club lounge yet at the New York hub, measuring 30,000 square feet and boasting a total of 480 seats, distributed across working, dining, and lounging areas. There’s even a barista making personalized drinks on request!

The new facility will be an alternative to United’s Polaris Lounge, a business-class-only area that opened in 2018. The Polaris Lounge had, in turn, been inaugurated as a response to an even older ‘standard’ United Club, that had been heavily criticized for providing sub-optimal food choices and relaxation areas.

Even though Polaris already proved a massive upgrade over the previous club, as it was a business-class exclusive, it left standard flyers with a single option in the whole of Terminal C: the lounge near gate C74. Seeing that a majority of United operations in Newark are centered around Terminal C, that lounge has become overwhelmingly crowded in recent years.

In fact, it became so busy one-time pass holders risk not being accepted at peak hours. Looking to solve issues arising from a renewed travel demand and addressing customer complaints, United Airlines has just inaugurated the new lounge on May 19, near gate C123 on Terminal C3, after a one-year construction delay.

What Makes The New Lounge So Special?

Including spa facilities, where Sunday Riley products are widely available, a barista-staffed coffee shop, self-scan entry for the smoothest possible check-in experience, and of course, free WiFi, the new lounge is among United’s best equipped yet. With all these amazing features, it definitely beats all previous United creations at Newark.

As for ambiance, the lounge features two impressive murals by local artists Gilbert Hsiao and Dahlia Elsayed. They were commissioned by United especially for the new space in partnership with The Newark Museum of Art and Gallery Aferro, in a clear depiction of United’s attempt to offer Newark customers a (literal) state of the art lounge.

Hsiao’s mural is visible from the club’s entrance and draws inspiration both from United’s history and Newark’s musical scene. As for Elsayed’s, it pays homage to New York and New Jersey’s natural environments, while referencing other art by Armenian-American painter Arshile Gorky, something art enthusiasts will surely appreciate.

Aaron McMillan, United’s managing director behind the project, claims they both contribute to ‘creating a locally-inspired experience’ that will set the precedent for their future club openings, and further renovations across United’s network. Judging by McMillan’s statement, it seems the company is only just beginning.

While there are many surprises that await members at the new lounge, the barista-staffed United Coffee Bar is arguably the most exciting. It offers an ample selection of drinks, from espressos and matcha to iced coffee and all other coffee shop favorites. Included in the membership fee, members and one-time pass holders are free to order any drinks they want.

As some of the new Newark lounge first-ever guests describe it, the space really does have a strong, genuine New York feel to it. Featuring the classic exposed brick on some of the rooms, evocative of a ‘Brooklyn co-working space‘, the space reflects the city it serves while being extremely comfortable.

Beyond the obvious Brooklyn inspiration, its seating variety is just as attractive, spanning from regular couches to relaxing recliners and individual tables, where customers can enjoy a meal or work in between flights. Without, of course, the busy atmosphere that plagued other previous Terminal C lounges, especially in the high season.

Coupled with the artsy murals, which are inspired by and carry New York elements, the new Brooklyn-like lounge is the perfect addition to Newark Airport: somewhere locals can feel at home while they wait for their next flight, and transiting passengers get a taste of the New York experience without having to leave Terminal C.

Its capacity for accommodating nearly 500 guests at any given time ensures there is enough room for all, even during the dreaded peak hours. As McMillan puts it, United is committed to ‘delivering a superior customer experience on and off the plane, especially in increasingly crowded airports’ like Newark.

How Much Does A One-Time Pass Cost?

As for membership fees, a one-time pass will cost passengers $59 at any United Club locations, including Newark. Other types of Annual Membership are also available, with rates based on an aspiring member’s MileagePlus status level, and varying between $550 (or 75,000 miles) and $650 (or 85,000 miles).

Those interested can apply for membership or purchase a one-time pass through the United app, available both on the App Store and Google Play.

United Is Committed To Improving Customer Satisfaction Rates This Year

This year, United Airlines is sparing no efforts to guarantee customers have the best possible experience, both pre-flight and inflight. Besides a refurbished Newark lounge, United is offering a range of new flights it never did before 2022, in response to the growing post-pandemic travel demand.

They are currently the only airline operating non-stop flights between the United States and Croatia (from Newark). Additionally, this summer, U.S. travelers will be able to fly United to a number of destinations across Europe, Asia and Africa for the first time, as part of the airline’s new Transatlantic expansion – its largest ever.

Lastly, United is also looking to stop rising air fares and travel costs, which are proving crippling for thousands of its customers. Besides trialing new sustainable jet fuel, it is pushing for a major U.S. policy change regarding dependency on foreign oil, being a leader among American carriers in calling for more drastic action amid the current fuel crisis.

You get the point: one way or another, either through new, fancier airport lounges, more flight connections or advocating for change in the industry, the airline is putting customers first and doing its best to ensure they have a smooth travel experience moving forward. For more United Airlines update, including newly announced flights, please refer to this page. 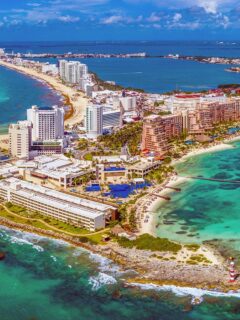 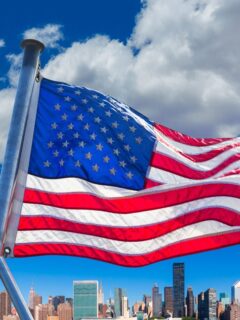 I think it is awful. They allow too many airlines to use it. Took an hour to find a seat. Worst lounge ever.

I don't care so much about the coffee. How is the food? Are they past the point of serving Cup O'Noodles, packaged muffins and soggy sandwiches? I remember when the food offering was much better.