US Airlines Optimistic As Leisure Travel Continues To Grow

At some points in the past 12 months or so, those in the travel industry would have been forgiven for wondering if the situation was ever going to improve. Now, however – after long periods of uncertainty and worry – it seems that there is finally some light at the end of the tunnel.

The past few months saw leisure travel rebound greatly, with millions of Americans deciding to travel once more, and it looks set to continue. Here’s more on this story, and what it might mean for travelers.

Cause Of The Optimism? Americans Are Traveling Again

It was not long before this time last year that travel numbers in the US fell off a cliff. A spate of stay-at-home orders across the country and rising case numbers meant that the number of US travelers being screened at airports fell below 90,000 last April, and failed to pass 1 million again until six months later, in October.

However, when comparing that period to the present, it’s clear to see that the US had turned a corner. April 22nd, 2020, had 111,627 passengers going through TSA checkpoints, whereas the same date this year saw 1,509,649 passengers screened. Not only is this a large increase in the number of Americans traveling, it’s a consistent one, with more than a million airline passengers being screened every day for the past six weeks.

The surge in traveler numbers this year has led to those in the airline industry becoming confident that the market has rebounded. Chief Executive of Southwest Gary Kelly, speaking after his airline made its first quarterly profit since the pandemic began, declared that he believed “the worst is now finally behind us,” before adding “I’m relieved, I’m optimistic, I’m enthused, I’m grateful.”

Spring break was a catalyst for the industry and, in the weeks since, Americans have taken advantage of the lower fares and new routes added to scratch their travel itches after long last. In order to cope with the demand, several airlines have taken to recalling pilots and flight attendants from their pandemic-enforced absences, with American even going as far as planning to hire 300 more pilots.

Whilst some may be worried that this most recent resurgence may be another false dawn, American Airlines CEO Doug Parker is convinced that it’s the real deal. Speaking about the situation, Parker stated that “something that feels much more permanent,”, highlighting that a major difference this time around is the fact that we have the vaccine. Half of all American adults are believed to have had at least one dose of the vaccine, with a third fully protected, which serves as an explanation of why travel numbers have risen so sharply.

Does This Mean Cheaper Flights For Travelers?

According to experts, flight tickets at present are around 20% cheaper than they were before the pandemic struck, with some up to 90% cheaper – which means that there are some bargains to be had for those with the urge to travel. However, it might not last for long.

According to reports, the rising demand for flights has led airlines to slowly boost the average fares per passenger, meaning that those dirt-cheap prices you may have read about may already be a thing of the past, especially for those looking to travel on weekends and holidays.

Top 10 Family Friendly Things To Do In New York City 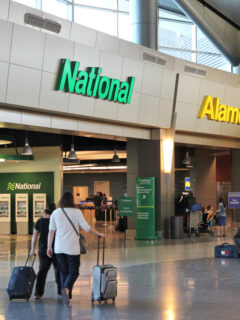 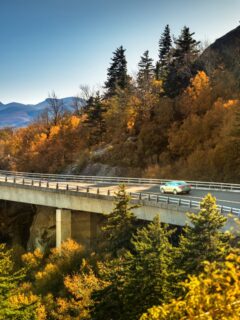 Do you think that the level 4 alert for do not travel given to 100 plus countries will impact travel.

@Dennis, It probably will, some. But I think that many people are coming up with a Plan B. Last year I was supposed to go to Hungary. Needless to say, it didn't happen. So I postponed it until this year. Still not happening. It looks like it'll be quite a while until we're allowed to visit that part of the world. So my Plan B was to fly out west, rent a car and spend a week exploring Idaho, Oregon, and Nevada. Most of the world is still shut off, but there's plenty of open Plan Bs out there, and I think people are starting to take advantage of what is available.

@Dennis, no one really takes those alert seriously and these are just for international travel.