American Airlines has been taking steps this week to ensure that it prevents another mass cancelation event from occuring in the future. The news comes in the wake of the events of last weekend, when a series of events including inclement weather, delays and a severe shortage of staff led to almost 2000 flights being cancelled across the US. American Airlines aren’t alone in this matter, with many other airlines also having to cancel flights en masse at several points throughout the course of the pandemic.

Thankfully though, travelers throughout the US will be relieved to hear that American Airlines is taking the necessary steps to prevent such an occurrence from happening once more. Here’s a look at why so many flights have been affected during the pandemic, and what the airline is doing to prevent this from happening again in the future.

American Aiming To Prevent Disruptions – What Travelers Should Know

Last weekend was one to forget for American Airlines. Over the course of the weekend, the airline was forced to cancel more than 1900 flights, whilst the residual effects of the weekend were also felt at the beginning of the week. The knock-on effect of delayed flights led to more cancellations than usual, with the airline’s staff shortage meaning they didn’t have enough staff in reserve ready to step-up amidst the chaos. Thankfully though, it seems the airline is addressing the problem.

In the wake of the events of the weekend, American revealed that staff numbers were expected to swell in the coming weeks. As many as 1,800 staff members are expected to return to work at American, whilst the airline also hopes to recruit as many as 600 new staff members – both of which are measures that will significantly address the staff shortage that the airline has been struggling with. As well as hiring new members of staff, American also has a plan to incentivize existing staff members.

The airline has offered a range of both financial and other benefits to its employees as it hopes to avoid a repeat of last weekend. According to an internal memo, flight attendants and reserve cabin crew members at American who work flights between the dates of November 23rd to November 29th, or December 22nd until January 2nd, will receive time-and-a-half pay for their efforts.

Employees that have no absences at all between the dates of November 15th and January 2nd will receive their pay at a rate of 150%. In a memo to staff, American’s COO David Seymour said:

“To ensure we’re providing certainty for both our customers and team members, we’re doubling down on our efforts related to our schedule and staffing. On the schedule front, we’ve ensured that November and December are built to meet customer demand and that they are fully supportable by our staffing.”

As well as introducing financial incentives to address staffing shortages, a recent change in the airline’s policy towards mandatory vaccination could also ensure staff levels remain high. President Biden’s decision to delay the vaccine mandate deadline until January 4th has also been adopted by American Airlines.

American had previously set a deadline of November 24th for all staff to be vaccinated, and so the extension of the deadline could prevent staffing issues from occurring during the busy holiday travel season. The airline is also offering a financial incentive worth $50 and an extra vacation day to those who prove their vaccination status before the deadline. 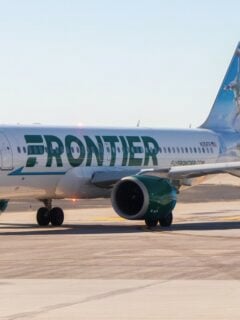 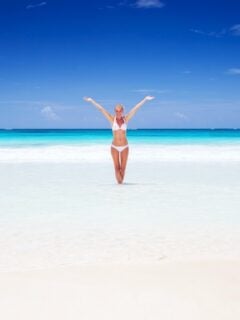 Next
Best Budget-Friendly Tours In The Cancun Area
Click here to cancel reply.

the only real step is to cancel mandates on their employees and passengers. until then, I foresee many more cancellations ahead.