Responding to a high customer demand, North America’s favorite railway company Amtrak has just added a new destination from New York, reopening service on a route that had been inactive since 1953. As of this week, from July 29, travelers are able to hop on a train to the historical Burlington, in Vermont, one of America’s prettiest cities.

Based on some airlines’ treatment of smaller airports, and that includes Burlington, we wouldn’t recommend booking a flight there. It will probably be delayed by several hours, or worse, even cancelled. In case you haven’t heard, air carriers are going through their worst crisis in years, caused by a crippling staffing shortage and other operational challenges.

Fortunately, train operators are better prepared to handle the pent-up travel demand now that Covid rules have finally been eased:

Train travel is highly fashionable now. Not only because it can be incredibly scenic, as we have already discussed on this other article, but due to its high reliability. Drawing a comparison between an airport’s Departures board, and a train station’s, you’ll find the latter is rarely affected by the widespread chaos facing the travel world.

The train may be slower than a plane, and not necessarily more affordable when you check fares for a sleeping berth, but it is a safer bet, at least at present. Over the last few weeks, we have reported a renewed interest in this transport mode, as numerous countries rush to expand their railway map amid the ongoing air traffic congestion.

Italy has recently announced new high-speed trains linking its top cities, Spain is offering free tickets on some of its busiest routes, and Germany went as far as effectively allowing unlimited travel throughout the whole country on regional trains during summer – and that’s only to name a few in Europe.

Initially, the Old Continent seemed to be ahead of the trend, but now the Americas are quickly catching up. Amtrak is boosting service between key cities both in the U.S. and Canada, while adding destinations that had been ‘unserved’ since the early fifties. One of them is Burlington, Vermont, a city in the heart of New England.

Burlington sits on the eastern shore of Lake Champlain, close to the Canadian border, and has been a tourist hotspot for decades. According to data from the State, Vermont receives over 13 million visitors every year, with cities like Burlington and Montpelier, the capital, being instrumental to the development of this burgeoning industry.

New Yorkers and residents of other Northeastern Coast states are, of course, some of Vermont’s most important customers, accounting for $3 billion of the region’s annual hospitality revenue. Interestingly, Amtrak had been absent from Burlington, one of the leading destinations in the state, since 1953.

Burlington Mayor Miro Weinberger celebrated Amtrak’s move, stating the ‘long-desired service’ will boost the economy at a critical time, giving travelers a ‘new, lower-carbon connection’ to the Big Apple. ‘We will be able to climb aboard a train in downtown Burlington, and arrive in New York City in time for dinner‘, he added.

Prior to the launch, downtown New York natives had to brave a 6-hour long drive to Burlington, which usually lasts much longer in the peak season, when traffic jams are expected. Alternatively, they could board nonstop flights to Burlington International Airport – both JetBlue and Delta compete on this market.

As the Burlington mayor puts it, local, state and federal officials have been working to re-establish the ‘vital’ link for ‘decades’ after investment was frozen in the mid-20th century. Besides Burlington, the train will be calling at other Vermont locations, including Middlebury and Vergennes, further strengthening connectivity from New York across the state.

Prior to the expansion, the Ethan Allen Express terminated at Rutland, 70 miles south of Burlington. From there, those traveling by rail had to switch to local buses or other privately-arranged transportation. They also had the option to take the Vermonter train, terminating at Essex Junction, some 8 miles away from Burlington. Now, reaching the city has never been easier.

Why Is Burlington Worth A Visit?

History enthusiasts may be thrilled to know the train terminates at the newly refurbished Burlington Union Station, a building recognized as a heritage site by the National Register of Historic Places. Additionally, the station was built strategically on the Main Street, within the Historic District, and in close proximity to Lake Champlain.

Once in Burlington, tourists can explore the Downtown, where some of the most important buildings are located, stroll up Church Street Marketplace, where several restaurants and bars can be found, and pay the city’s museums a visit. Those include the Ethan Allen Homestead Museum and the American folk art-specialized Shelburne Museum. 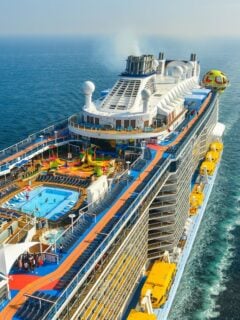 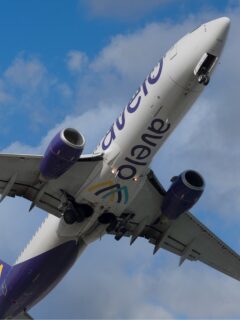 Next
Avelo Airlines Expands To 29 Destinations With Introductory Fares Starting At $29
Click here to cancel reply.

$75 for the lowest price is absurd. This is why train travel in the US sucks- its way too expensive. Compare that to Europe- what a joke!