One of the airlines most heavily affected by the 2022 aviation crisis, Delta is reportedly resorting to more radical measures to ensure operations run as smoothly as possible, going as far as offering passengers on an overbooked flight 10,000 dollars to peacefully leave the aircraft. You know what they say…

Every cloud has a silver lining.

These have been interesting times for air travel, to say the least. Even though Covid is being treated more and more like a moderate disease, and the world has finally reopened following endless months of draconian travel rules, a wave of flight disruptions has marred the first restriction-free summer of travel.

Besides staffing shortages, overbooking on some airlines’ part is also helping make this a turbulent season:

Passengers who were scheduled to fly from Grand Rapids (GRR) to Minnesota (MSP) on a Delta Airlines flight last week were reportedly offered 10,000 U.S. dollars to leave their overbooked flight. According to Jason Aten, who writes for Inc. Magazine, Delta crew made the announcement minutes before the aircraft was due to leave the gate.

In Mr. Aten’s account of events, the airline offered the beefy, immediate compensation to eight volunteers, although Delta representatives have not confirmed this information as of yet. Despite lack of an official statement, other passengers who were on the same flight took to Twitter to back Aten’s reports.

As stated by Todd McCrumb, a Twitter user, it is a ‘true story’, though he could not take up the offer as he was flying with his wife, who has ‘very limited eyesight’ and needs him nearby when traveling. In an interview with KTVB 7, Mr. McCrumb further asserted that Delta was willing to give out 80,000 dollars to avoid some major disruption.

While he did not opt for the money prize, citing his wife’s limitations, he saw ‘at least four others’ accept the offer. The June 27 flight, initially scheduled to depart Gerald R. Ford International Airport in Grand Rapids at 6:45 AM, ended up taking off 20 minutes later until enough volunteers came forth. Mr. Aten himself didn’t leave the aircraft.

As he revealed to Fortune, not a single person in his group of eight, who were on a connecting flight with Alaska as a final destination, raised their hands as they ‘didn’t immediately know how many volunteers were needed’. However, had they known it was eight, the exact number of seats booked for the group, they would have gotten off.

It then became too late for Mr. Aten to volunteer when ‘four or five people had already left’. As for the compensation itself, flight attendants seemingly stated passengers accepting the deal would receive the money instantly, especially if they had Apple Pay. We were not able to verify this part of Mr. Aten’s statement.

What’s Behind The Recent Travel Chaos?

Nearly every major American airline has reported severe staffing shortages affecting their ability to fulfill their summer schedule. American Airlines has paused sales on Amsterdam routes at Amsterdam’s airport own request, while United has been forced to suspend seven of its most important flight routes in order to protect others.

These issues have been largely attributed to staffing constraints, resulting from the Covid-induced mass layoffs of the last two years. Throughout 2020 and 2021, as air travel nearly came to a halt, both airport authorities and airlines significantly scaled back operations, meaning some of its highly qualified personnel had to be let go.

Delta is no exceptions and their delays have been well documented, with CEO Ed Bastian apologizing to customers via a lengthy LinkedIn post. Bastian reaffirms that Delta’s team of 75,000+ professionals around the globe ‘remain focused on providing the very best care‘ for customers and their loved ones.

Besides the limited capacity, airlines are visibly struggling to cope with their new reality, and they have only reluctantly adjusted their schedules to accommodate passengers. Expressly, overbooked flights are becoming increasingly common, especially now that carriers are keen on maximizing profit amid the travel chaos.

Was This A One-Off Or Is It A New Delta Policy?

We do not know, at this point, whether this has been a one-off, or Delta is willing to continue taking drastic measures to ensure flights leave on time – and reliable customers getting bumped from overbooked aircraft don’t turn into some of their active detractors. But don’t worry: we will keep an eye out for similar stories.

Legally, airlines can oversell tickets, but this does not mean kicking passengers off a plane is an ideal move when they are already under fire over the recent spate of delays. Fortunately for Delta customers, the compensation they may be offered when being escorted out of an overbooked flight could now far outweigh these inconveniences. 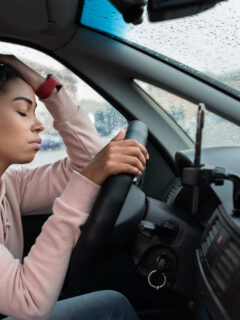 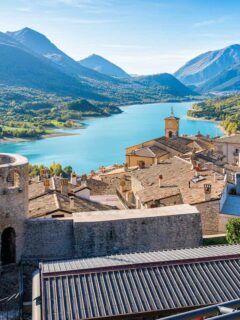 Next
Italy Launches Campaign To Promote 1000 Off The Beaten Path Destinations
Click here to cancel reply.