In another chapter of the ongoing 2022 aviation crisis, American Airlines has just announced it will temporarily pause ticket sales on flights departing Amsterdam Schiphol, at the airport’s own request. The move follows four other suspensions Stateside and the axing of multiple long-haul routes.

Europe is arguably undergoing its bumpiest travel season yet, and this time, a new variant of Covid is not to blame. For weeks on end, travelers in the continent have been told to expect long delays at airports, and even last-minute flight cancellations, due to the summer crowds and staffing issues the industry is facing.

Schiphol is now proof even the world’s best-equipped airports can succumb to the travel chaos:

Even Europe’s Top Rated Airport Is Crumbling Under The Pressure

With two thirds of European airports expecting travel delays this summer, Amsterdam Schiphol, the number one airport in The Netherlands, has officially requested American Airlines to stop selling seats on flights leaving from Amsterdam. In 2021, Schiphol held the title of fourth busiest airport in the continent.

The proposal, put forward by Schiphol on June 29, will see American Airlines pausing ticket sales from Amsterdam between July 7 and July 31, the peak dates for summer travel on both sides of the pond. While any tickets that have already been sold during the period will be honored, customers will not be able to book new ones.

Despite being one of Europe’s best rated, this Dutch hub is struggling to cope with an unprecedented surge in travel demand, much like other airports in the U.K. and Ireland. This not only deals a new blow to American Airlines in capping their operations, but also further limits travel options for U.S. travelers returning home.

Currently, American Airlines has two flights a day to Philadelphia International (PHL) from Schiphol (AMS), and a daily service to Dallas/Forth Worth International (DFW). It is the airline of preference for thousands of Americans visiting Europe, as it sells a total of 3,633 seats on its Amsterdam routes each week.

Although sales on these will cease for nearly a month, the carrier will still offer tickets through their codeshare agreements with British Airways and Aer Lingus. Nevertheless, Americans transiting Schiphol must now prepare for a worst case scenario, as the once-reliable airport has featured on a list of European hubs to avoid this summer.

Travelers Will Want To Avoid Schiphol This Season

AMS is now one of the heaviest hit airports in Europe, having prompted Dutch flag-carrier KLM to pause ticket sales themselves over a whole weekend in a bid to disperse the crowds. It didn’t stop there: the next weekend, passengers who had confirmed reservations were kept from boarding their flights to Amsterdam.

This resulted in 42 KLM flights returning to their Schiphol hub empty on June 4, the day passenger numbers in Amsterdam was so overwhelmingly high that delays and cancellations became the norm. As more suspensions look likely, American Airlines customers will probably not be the only ones affected by the chaos unfolding at Schiphol.

Other U.S. carriers operating from Schiphol include Delta and United Airlines, with 17 and 5 daily departures each. So far, these airlines have not been urged by airport authorities to limit their service, as confirmed by their representatives, but that could quickly change once passenger numbers increase.

U.S. airlines are not bearing the brunt alone: Air Malta and Corendon Airlines are some of the European carriers that have been forced to transfer countless Amsterdam flights to Rotterdam The Hague Airport (RTM), a secondary hub located some 45 miles south of the Dutch capital. Transavia and TUI fly Netherlands also re-routed flights to other airports.

Recently, AMS has introduced a daily flight cap in an attempt to save what is already turning to be a disastrous summer. However, as the current labor shortages cannot be solved in the short term, Holland-bound passengers should brace for disruption and more uncertainty in the upcoming months. If flying internationally, make sure you: 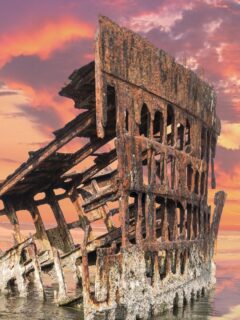 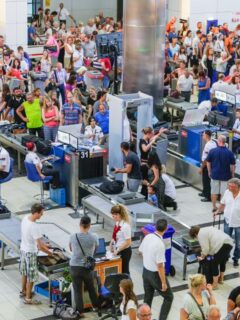 Next
Europe Considered the Worst Place to Travel This Summer Due to Airport Chaos
Click here to cancel reply.