Frontier Airlines has announced that it will be launching 18 new routes in the coming weeks, including both domestic and international options. It makes them the latest airline in the US to increase their offerings in the past few weeks, following in the footsteps of the likes of Spirit Airlines and WestJet, who also added domestic and international options recently.

The news comes off the back of what has been the busiest travel period of the pandemic so far, Thanksgiving – which saw millions of travelers boarding flights and traveling by car – and is bound to provide travel hungry American travelers with a range of extra flight options in the new year. Here’s a look at the new routes that are set to be offered by Frontier, including where they are flying to and when the new routes will be in effect.

An ultra low-cost airline, Frontier has expanded its services since its launch in 1994, and now services more than 100 destinations in the US, and more than 30 international destinations. With a fleet size of more than 100 aircraft – and with an additional 244 airplanes currently under order – Frontier not only has the aim of expanding its current route offerings, but the capabilities to do so too – and they have already started.

Just this week, it has emerged that the Denver-based airline will be offering 18 new routes to passengers from 2022, including both domestic and international options, in a move that will provide American travelers with even more low-cost travel options – at a time when it looks like the appetite for travel is well and truly back. The new routes will include a range of options across the US, as well as some flights to popular nearby vacation destinations such as Mexico and Puerto Rico.

Two more routes from San Juan Airport in Puerto Rico will be launched in February. Four flights a week will leave the airport bound for Boston (BOS) from February 17th, whilst the 18th will see three flights per week heading to Hartford (BDL). Frontier will also be expanding its Puerto Rico operations to include another airport. Rafael Hernandez International Airport (BQN) in Aguadilla will be serviced by three flights a week from Orlando, starting from March 24th.

Frontier will also be increasing its frequencies between the US and Mexico. Three more airports in the US will welcome flights from Cancun:

Whilst the flights are subject to government approval, they are bound to be welcomed by travelers looking for cheap trips across the border.

One airport that is set to gain significantly from Frontier’s new routes is that of Fort Lauderdale-Hollywood International Airport (FLL). From the Floridian airport, Frontier will fly daily services to:

“Our ‘Low Fares Done Right’ approach to travel isn’t one-size-fits-all, rather Frontier’s unique model is structured to meet the needs of every flyer with affordable fares and customizability. These new flights complement our already expansive network in the Caribbean, Mexico and South Florida, and we look forward to welcoming travelers onboard to these popular vacation destinations this winter, and beyond.” 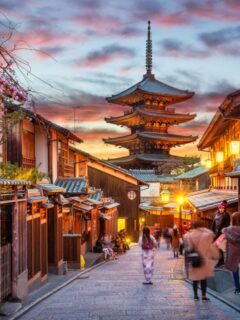 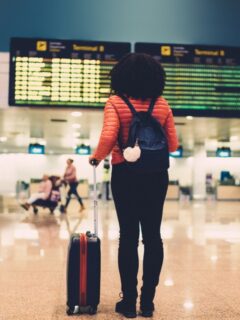 Next
The U.S. Changes Testing Requirements For All International Arrivals
Click here to cancel reply.