For some countries, tourism and prosperity are intertwined, with several nations relying on the vast amounts of income generated from tourism in order to flourish. There are fewer places that this is the case more so than it is in Greece.

In the Mediterranean idyll of Greece, with its dramatic history, stunning islands and much-vaunted cuisine, tourism accounts for around a fifth of the countries total GDP. Struggling without this source of income due to the pandemic, Greece has called for the EU to embrace vaccine passports sooner rather than later. Here’s a look at the Greek argument, and where European nations stand on the travel passport.

Greek member of Parliament Harry Theocharis has lambasted members of the EU for what he has deemed “short-sightedness” towards the matter of vaccine passports. Speaking to British broadsheet newspaper the Financial Times, Theocharis claimed that countries were too preoccupied with what is happening at present, and that they weren’t doing enough to look forward and plan ahead for next summer. The outburst comes just days before a summit between members of the EU, due to start on Thursday.

Greece is reliant on international tourism, as their population is too small and not financially able to make up for the lack of foreign visitors with domestic travel. Germany, Bulgaria and the UK are the country’s top visitors, and prior to the pandemic the number of travelers was rising year on year, with more than 34 million making the trip in 2019.

The politician also took aim at the UK’s attitude towards restarting international travel, particularly the British government’s warnings not to go on an international holiday despite their relatively successful administration of the vaccine so far. Theocharis said he didn’t understand “how we can take one step back now that we have more tools in our arsenal,” referring to the vaccine.

Perhaps fed up with the slow-moving bureaucracy of the EU, Greece has broken from EU policy and has begun negotiating its own travel arrangements with other countries. Earlier this month, Greece and Israel signed an arrangement that allowed vaccinated passengers to move between the two countries “without any limitations, no self-isolation, nothing,” according to Israeli Prime Minister Benjamin Netanyahu. There is also a similar arrangement between Greece and Cyprus.

Greece has also made overtures towards British travelers following Boris Johnson’s roadmap to ending the UK lockdown earlier this week. The country is supposedly discussing plans to allow vaccinated British travelers to be able to enter from May, a move that would be welcomed by both the wanderlust-afflicted Brits and the Greeks alike. With more and more vaccines being administered, vaccine bubbles may become the go-to way to travel this summer.

European Opposition to Travel Passports – The Low-Down for Travelers

Several countries in Europe are currently issuing or asking for vaccine certificates, such as Cyprus, the Czech Republic, Denmark, Estonia, Hungary, Italy, Poland, Portugal, Slovakia, Spain and Sweden. The UK has also announced that it is something that the country would consider. However, not everyone has embraced the idea.

The idea has polarized opinion in France, where some argue about the need for such a thing when so few has been vaccinated so far and doubts over whether it even stops transmission of the virus. Fellow EU heavyweights Germany, the Netherlands and Belgium also share this point of view, which means a vaccine passport may not be of any use for the wanting to travel to Berlin, Amsterdam or Bruges in the near future. 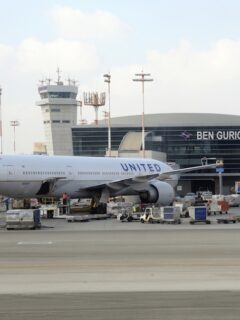 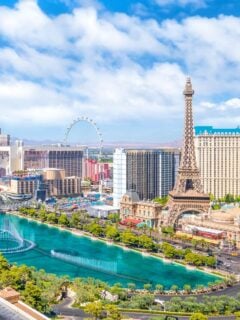 Next
Top 5 U.S. Destinations Americans Will Be Headed For Spring Break
Click here to cancel reply.

Why go to Greece when you can just go to Turkey for 1/4th the cost, 1/10th the tourists and equivalent views and beaches? Greece is nice, but even if it opens this year, literally everyone will be going there. Sounds like a stressful holiday waiting to happen.