Israel Opens Airways to U.S. Carriers Upon Complaint From Washington

Following an official complaint from Washington, Israel has agreed to reopen airways to U.S. carriers, Delta and United.

Earlier this month, the U.S. Department of Transportation (DOT) filed a complaint to its Israeli counterpart, alleging improper behavior of airlines as only two carriers were permitted to operate rescue passenger flights, both being Israeli airlines, El Al and Israir.

In an effort to restrict emerging variants of COVID-19, Israel’s air and land gateways had been sealed since January 25, with the government denying exceptions but rather opting to extend the closure.

Meanwhile, U.S. carriers Delta and United had been denied access to operate international flights to Israel, with the only exemption being cargo services. This did not sit well with the U.S. Department of Transportation, which accused Israel of violating its bilateral aviation accord, U.S.-Israel Open Skies Agreement.

Subsequently, Israel has now made concessions to moderately reopen Ben Gurion Airport, allowing entry to passengers nevertheless to be capped at 2000 people per day.

Arriving passengers are required to self-isolate in state-run quarantine accommodations, with exemptions to those that have been vaccinated or have recovered from COVID-19.

The skies of Israel remain at a virtual standstill. A record-breaking year for Israeli tourism in 2019 came to a halt following the inception of the global pandemic. Travel to Israel largely shut down in Q2 of 2020, allowing entry only to Israeli citizens and cases of emergency. International travel for citizens remains hitherto confined.

Accordingly, El Al took a hit from the travel restraints, however, the flag carrier recently raised $76 million in a stock offering, meeting a key requirement for a state-backed loan.

Currently leading the world in number of vaccinated population, Israel has not yet announced a date for reopening international borders.

Citizens are eagerly awaiting permission to fly, as reported by the Jerusalem Post last week. The nation has moved actively in the rollout of vaccines, achieving a record speed while vaccinating more than 4 million of its 9 million population.

A key incentive for vaccination among Israeli citizens equals attaining a stamp upon their ‘Green Passport’, enabling them to travel abroad.

While the Israeli Foreign Ministry has considered resuming travel with certain countries, a launch date for the resumption of flights is yet to be determined.

Until then, Israel’s Green Passport is required for domestic activities including entering gyms, hotels, concerts, synagogues, theaters, and such, and is only eligible to those that have been vaccinated or have recovered from COVID-19.

Delta has long operated JFK-Tel Aviv and had added a second daily flight while United began Chicago-Tel Aviv in September.

United extended frequencies to TLV from four airports: Chicago, Dulles, Newark, and San Francisco, but ceased operations in 2020 due to travel constraints. 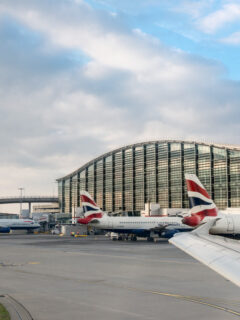 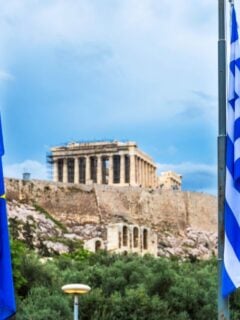