KLM Has 167 Worldwide Routes This Summer, With 12 Direct Flights From The U.S.

The carrier will be serving a new route to Austin, Texas; and daily flights to Atlanta, Washington, New York, Los Angeles, and San Francisco

The Dutch airline, KLM, announced in a press release that it will be serving 167 destinations during summer 2022, between March 27 and October 29.

The carrier will offer customers flights to 96 European cities and 71 intercontinental destinations, 12 direct flights to the United States, and a total of 16 million seats.

KLM is responding to travelers’ demands and is expanding its capacity to almost the same level it had in 2019 before the pandemic started. The new destinations added to its network —like Belgrade, Dubrovnik, and Palma de Mallorca— have been very successful routes and the company expects even more reservations to more destinations during summer.

The carrier has also made policy changes to satisfy customers’ needs. On March 23, KLM stopped requesting passengers to wear masks and joined other carriers who dropped this covid restriction. Customers flying with KLM, and taking advantage of the 167 routes the company will serve this summer, can travel with more comfort without face coverings.

Flight frequency to the Caribbean and the United States has increased. The carrier added Austin, Texas, to their network and will operate daily flights to Caribbean destinations like Aruba, Bonaire, and Curaçao.

The Dutch airline also mentioned that their customers are interested in Asia, for destinations like the Philippines, Thailand, Singapore, and Bali. The carrier has considered countries that have eased travel restrictions or that will soon, like India.

Other countries with strict travel restrictions, like China, are not included in their new network expansion. KLM also clarified that due to the European Union sanctions to Russia, they will not fly in Russian Airspace, and that customers must consider that flights to destinations like Japan, China, or South Korea will take two hours more and will include a stop in Seoul.

Most routes to South America have been restored to similar levels as before the pandemic. The carrier offers daily flights to Sao Paulo, Panama City, and Lima, and frequent flights to Quito, Bogotá, Rio de Janeiro, Buenos Aires, and Santiago.

KLM Flights To The US

Since November, after the United States eased travel restrictions for Europeans, KLM has reported steady growth, and their services this summer will match the ones provided in 2019.

The Dutch airline has added a new destination to the US, Austin, the state capital of Texas. They consider this destination to be “a flourishing technology hub and home to a large number of technology companies” and expect high demand for business flights in the new future.

According to the details shared on the site Aviacionline, these are the direct flights KLM has scheduled from Amsterdam to the US:

KLM is currently offering customers special deals on their official website to attract more passengers. Travelers can buy tickets from New York to Amsterdam for $660, from Los Angeles to Billund for $525, from New York to Aalborg for $532, or from San Francisco to Amsterdam for $635, taxes included. Flight offers are time-sensitive and might vary depending on availability or location. 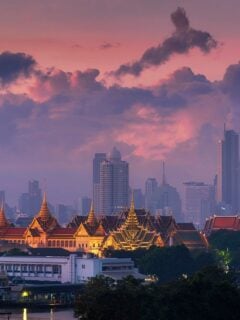 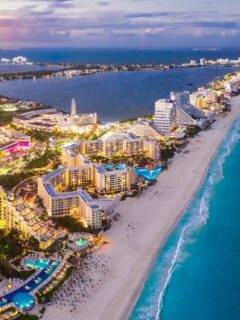