Lynx Air, the new ultra-low-cost Canadian airline, announced in a press release that the carrier will expand to four new destinations and add five new routes to its network starting in June this year.

Lynx Air, the new ultra-low-cost Canadian airline, announced in a press release that the carrier will expand to four new destinations and add five new routes to its network starting in June this year.

Merren McArthur, CEO of Lynx Air, said: “We are excited to be announcing this major expansion of our network, providing Toronto residents with more choice and competition as they seek to reconnect with loved ones and to rediscover this beautiful country. By the end of July, we will be flying 92 flights per week in and out of the Toronto area, which is more than 17,000 seats per week.” Lynx Air’s fleet consists of Boeing’s new B737 MAX aircraft which can seat up to 189 passengers and offers extra legroom seats for a fee.

Lynx Air, headquartered in Calgary, will be serving 10 cities in Canada by July this summer. The carrier’s inaugural flight is scheduled for April 7, from Calgary to Vancouver.

Now that Canada has eased travel restrictions and more Canadians want to see family members and attractive destinations, travelers will have more affordable options with these new flights.

Cathie Puckering, the Vice President and Head of Canadian Network at Vantage Airport Group, said: ​​“We are excited to see Lynx Air expand its network and destination list to bring more choice and ultra-low airfares to the city and its neighboring communities. We look forward to watching this new airport-airline partnership between Hamilton International and Lynx Air take off at a time when Canadians are looking to make up for lost time with friends and family.”

The carrier will now be serving six cities from Toronto: Calgary, Edmonton, Halifax, St. John’s, Vancouver, and Winnipeg. These are the new routes:

From Toronto Pearson to:

From Toronto Hamilton to:

The Low-Cost Market in Canada

Now that Lynx Air is competing in the low-cost market, it will face strong competitors. Up until 2019, 80% of the air travel market was controlled by two airlines in Canada: Air Canada and WestJet. The new low-cost carriers are trying to conquer more space in the market and the passengers’ budgets.

Swoop, another Canadian budget line, is traveling internationally. Flights from Toronto to Edmonton in June start at $59 with Swoop, but rise to $109 in August when Lynx Air will serve the same route for $79.

Like every other low-cost carrier, Lynx Air charges extra fees for baggage, prices range from $29.99 to $67.79 per bag, and travelers must make sure to carefully read policies and bag sizes; there are $99 fees for overweight or oversized baggage.

However, as travelers have shared in Travel Off Path, to see domestic flights that usually cost up to $450 that can be booked for just $79 is definitely an attractive deal for many Canadians. Low-cost carriers are quickly expanding due to these appealing sales and travel opportunities, especially after the pandemic. 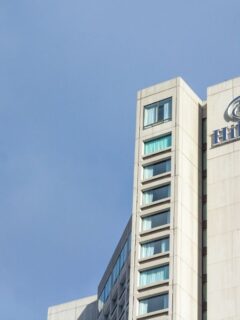 Previous
Hilton To Open 15 New Hotels In Mexico This Year 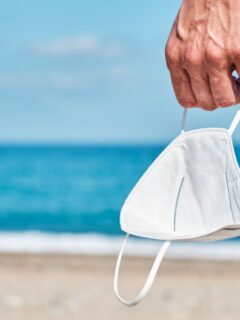 Next
Cancun Removes The Mandatory Use Of Masks Outdoors
Click here to cancel reply.