After much speculation and reporting, it was announced over the weekend that plans are officially going forward with the construction of Tulum International Airport.

Located in the Riviera Maya of the Mexican Caribbean region, the scheduled launch date of the new airport is set for December 2023.

The domestic inaugural flight route will be between Santa-Lucia and Tulum. Santa-Lucia is also known as Felipe Ángeles International Airport (AIFA) just over 27 miles outside of Mexico City.

This new airport, whose opening has come with a number of delays, is now officially scheduled to begin operations later this month on March 21.

Once launched, AIFA will be the second international airport passenger hub to serve the Mexican capital. Airlines serving the new airport will include the local airlines of VivaAerobus, Volaris and AeroMexico.

How Can Travelers Get To Tulum International Airport?

The new route between Mexico City’s Santa-Lucia and Tulum will serve as a popular alternative to the Mexico City-Cancun flight route, which has a number of daily departures.

Apart from this new domestic route, travelers coming from the U.S. and parts of Latin America will also have direct flight options to Tulum.

Currently, the scheduled flight routes set to launch with the new Tulum airport are:

A new airport in the Riviera Maya region will definitely streamline the travel process for domestic and International tourists who wish to visit Tulum.

At present, travelers who want to visit Tulum typically fly in to Cancun International Airport and take a two-hour drive south to get there. Rental cars, colectivos, private taxis, and coach buses are readily available for tourists upon landing in Cancun to take them to most tourist hubs in the region.

Once an off the radar beach town a few decades back, Tulum has turned into a sought-after destination for beach goers, party goers, and those looking for a luxurious escape to picture perfect beaches by ancient Maya ruins.

Land To Build Airport Acquired In 2021

Last August, it was reported that the Mexican government secured 1,200 hectares of land to build the Tulum International Airport.

According to President Andres Manuel Lopez Obrador, his government was able to reach an agreement with landowners of the Felipe Carillo Puerto municipality in Quintana Roo state, which is approximately 55 miles from Tulum, in order to buy the land. The population of the region is mostly people of Maya ancestry.

International Tourism To The Mexican Caribbean – Information For Travelers

Over the past few years, an already bustling Cancun International Airport became one of the busiest international airports in the world.

However, there have been recent reports of long wait times in recent months, as more travelers are heading to the Mexican Caribbean to enjoy the sun, sea and relatively relaxed travel restrictions on the ground.

Tulum International Airport is a part of the Mexican President’s big plans to boost tourism in the Yucatan Peninsula, which was one of his proposals when he took office in July of 2018. Other projects include the Mayan Train and the new airport in Mexico City.

The new airport will also include a military air base as well as parking areas, commercial areas, and parking for helicopters. Tulum International’s one main terminal will be complete with baggage claim, customs and immigration and most standard airport services. 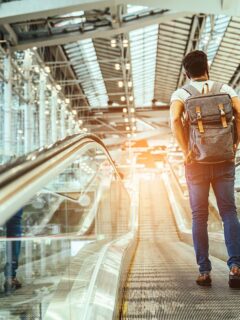 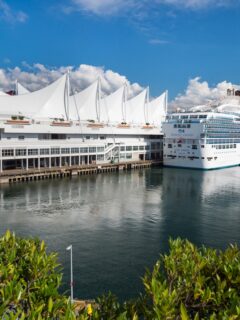 When Tulum airport opens, all the scammers from Cancun will flock to Tulum terminal to welcome unassuming tourists.

Seriously! I can't even believe that 'cdmx' airport... what a disappointment and massive waste of money