Carnival has a long history in the vibrant city of Rio de Janeiro, an event known for its wild celebrations and parties within the streets of this South American city. This energetic festival is known for its lavish costumes, bright colors, and five days of non-stop dancing, partying, and entertainment. Tourists and locals alike have been known to fill the streets, with an average of nearly two million people a day celebrating. Prior to the recent pandemic, Carnival in Rio attracted more than seven million people in total to this nearly weeklong event, significantly helping the economy by generating $387 million for the city.

This all changed in 2021 when due to Covid-19, the entire Carnival event was canceled. This was much to the disappointment and dismay of locals and tourists alike — many who travel from far away to attend this lively event. This year, attendees were hoping the event would go on as scheduled, with planned dates for February 25th to March 2nd.  But with the rise of the Omicron variant and Brazil’s Health Ministry reporting 18,759 new cases and 175 deaths on a single day, hopes for a return to normalcy would be dashed again.

A surprise announcement came this past Tuesday from the Mayor of Rio de Janeiro,  Eduardo Paes, who stated,  “We had a meeting today with the people from the ‘blocos’ (organized street parties) and we informed them that the street Carnival, which didn’t take place in 2021, cannot happen this year due to the epidemiological data that we have.”

These street parties and street parades are events located in various neighborhoods around Rio. They are made up of live music, wild dancing, and an open invitation for anyone to join in on the party.

The Parade Will Go On

Even though these parties and impromptu parades have now been canceled, the Mayor did say that the OFFICIAL parade located in the Sambadrome Marques de Sapucai made up of nearly 5,000 performers of various Samba schools WILL still go on as planned (contrary to last year). This official parade location has the capacity to hold 80,000 spectators within metal bleachers. Though this event will still be held, there will also be some new health precautions — but as of now, they have not been officially announced.

Rio de Janeiro is not the only Brazilian city canceling planned Carnival activities this year due to rising Covid-19 numbers. Other cities such as Salvador, Campo Grande, Cuiaba, Teresina, Belem, Fortaleza, Florianopolis, and Curitiba have also called off their street parades this year as well.

On the contrary, the large, vibrant, financial city of Sao Paulo, as well as the cities of Redife and Maceio are still planning their Carnival activities — but ultimately they are dependent on final decisions made by health authorities.

If you are still planning on making a trip to Brazil in the coming weeks, be prepared to face Covid-19 restrictions and rules prior to traveling. As of now, Brazil requires all travelers over the age of twelve to show proof of full vaccination, in digital or printed form. The government also requires a negative Covid-19 test for passengers twelve and up, prior to boarding the aircraft. This should be done 72 hours before the flight if it’s a PCR test, or 24 hours before the flight if it’s an antigen rapid test. A health declaration form also needs to be filled out no more than 24 hours prior to departing, for everyone two years and older.

Though many locals and tourists may be disappointed with the cancellations of many Carnival activities, the decision for the official parade to go on as planned, gives hope to a future of normalcy. 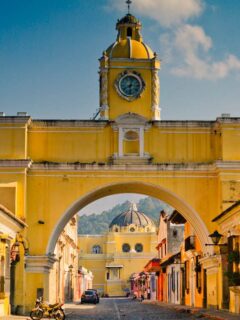 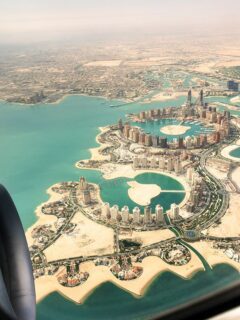