Royal Caribbean Suspends Most Of Its Cruises Until July

Airlines around the world have started to ramp up their offerings, as it looks like we may be heading for a summer of air travel after several long months of the pandemic. However, whilst airlines might be gearing up for a busy season, the same cannot be said for cruise lines.

With the CDC refusing to bow to pressure and instead enforcing even more restrictions, many cruise lines have been forced to take decisive action – with Royal Caribbean taking the decision to suspend most of its cruises until July – here’s all you need to know about that.

Cruises On Hold – Information For Travelers

Back in January, cruise giants Royal Caribbean made the decision to suspend its cruise operations until the end of April. However, it was revealed this week that the cruise line is to extend the suspension for most of its global fleet until June 30th.

Speaking about the decision to suspend cruises once more, Royal Caribbean Group’s chairman Richard Fain said that safety was the first priority, and the group confirmed that it was their intention to resume further operations in July. However, the group also revealed that some cruises would be going ahead in the meantime.

Cruise ships that will still be in operation for Royal Caribbean that are easily accessible for American travelers as a result of changing their homeports are as follows:

Cruises that Royal Caribbean will still be offering in other parts of the world are:

“The Royal Caribbean group alone has carried over a hundred thousand guests. And of that, we’ve only had 10 cases. We would like to be treated in a very similar way to the airlines and other forms of transportation as we’re re-emerging into society.”

Fain also spoke about the lengths at which cruise lines are going in order to make cruises as safe as possible for passengers, and argued that passengers would be less likely to contract the virus on a cruise ship. 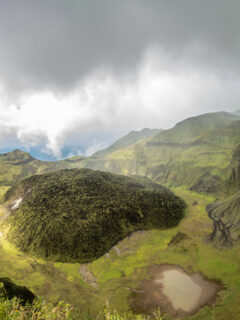 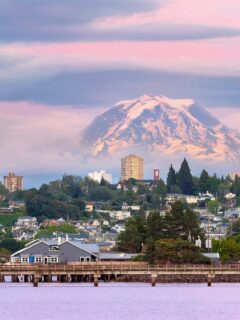 Next
10 Great Things To Do In Washington State This Summer
Click here to cancel reply.

I follow your articles daily and especially anything on the future sailing dates. I have a booked cruise out of UK in October 2021 ending in Lisbon in November. Our biggest concern is that the cruise lines will have heavy restrictions and one can not enjoy the cruise but our biggest fear is that the ports of call will be so limited or worse will be denied entry. In that case we will need people like you to help us deal with the cruise lines etc. Also would like your views on this subject or maybe some investigation. Thanking you in advance Bob H.

Great ideas Bob! We will definitely do our best to stay on top of the situation.

RCCL suspended U.S. sailings for May on March 9th. Your article leaves the reader to presume this week’s suspension announcement was for both May and June. It was only for June.