Despite more and more countries beginning to re-open their borders, many travelers are still anxious about booking a flight and getting back on their travels, due to the ever-changing restrictions and fears about the virus. As some travelers wait to be vaccinated before considering travel, it has emerged that some countries have adopted a similar tactic.

Spain, one of the world’s most popular destinations, has announced that it is waiting until a significant proportion of its population has been vaccinated before it reopens its borders to the masses. Here’s what was said about the decision, plus a look at the Covid-19 situation and entry requirements in Spain.

No Entry Until Vaccination – Information For Travelers

Earlier this year, Spanish Prime Minister Pedro Sanchez dealt a blow to the travel plans of millions around the world when he announced that Spain would not re-open for tourism until 70% of the population had been vaccinated. However, in recent days it appears that this figure has changed.

In an interview with Canal Sur Radio, Spanish Minister of Industry, Commerce and Tourism Reyes Maroto revealed that in spring, it is estimated that 30 to 40% of the population of Spain will be vaccinated. Maroto then added that once this percentage had been met, the country would begin reopening its tourist destinations for travelers.

It’s a backtrack that is bound to delight millions in Europe and beyond. Prior to the pandemic, Spain was the second most visited destination in Europe, with more than 80 million visitors per year, behind only France in first place. Travelers from the UK are the most popular, with more than 18 million making the short hop across to the Iberian peninsula each year. Spain’s estimation that it will begin to reopen in spring is bound to cheer up the Brits, who are hoping to be able to travel from May 17th.

At the start of the week, Spain had processed nearly 5 million doses of mainly Pfizer and AstraZeneca vaccines, with 1.41 million people having received both doses. Despite the EU having recently lowered its expected number of doses to 30 million, Spain is still on track to just about hit its estimation of having 40% vaccinated by spring. Should the rollout of the vaccine keep pace with the supply of doses, the country is expected to hit that figure – 15.7 million adults – by June.

Minister Maroto also revealed that the country “could be prepared to start to apply the digital passport in mid-May,” whilst other EU member states await the announcement of the EU’s Digital Green Pass system in the coming weeks.

Much like many countries around the world, entry to Spain at present is highly restricted as the country seeks to shield its population from the virus. Travel is allowed for travelers from an EU state, a county in the Schengen Area or one of the countries with a reciprocal agreement for accepting travelers (Australia, China, South Korea, New Zealand, Rwanda, Singapore and Thailand).

Travelers must complete a Health Control Form prior to arrival, and those coming from a high-risk country or area must provide a negative test taken 72 hours prior to arrival. Travelers do not need to quarantine upon arrival. Mask wearing is mandatory at present in the country. 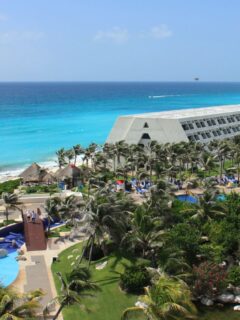 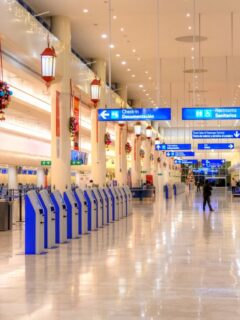