The United States government has revealed that it has received several thousand complaints from customers of various airlines as the businesses struggle to keep up with demand during the pandemic. The number of complaints received in June increased around 18% compared the total number of complaints in May, suggesting the problem is getting worse.

Through a range of contributing factors, such as employee shortages, bad weather and lack of availability of pilots, several airlines have had to cancel more flights than they would have liked over the past few months, leading to frustration and anger amongst travelers. Here’s a closer look at the complaints received, why it’s happening and why one airline has issued an apology to its employees.

The pandemic hasn’t been easy for anyone, but it has been particularly hurtful for the travel industry. From airlines having to furlough staff to some going out of business, surviving the pandemic was one thing, but being able to maintain their high quality of service in the wake of all the issues they face as demand for travel rises once more is another – and its something that airlines have particularly struggled with.

The last few months in particular have been hard for many airlines due to the increase in the number of passengers flying again. Father’s Day was a warning call for many, as United canceled 6% of its flights whilst more than 400 flights were canceled across the US, but the situation has deteriorated since, coming to a head at the start of the month with Spirit Airlines. The bright-yellow airline canceled more than 2000 flights at the start of August – on some days reporting a cancelation rate of around 60% – as the airline struggled to battle against a range of issues.

As one might expect, the high cancelation rate by airlines over the past few months has led to a significant increase in the number of complaints the US government has recorded. On Friday, the Department of Transport (DOT) revealed that the volume of complaints received in June compared to the previous month had risen by 18%.

In June, the DOT received a total of 4,176 complaints about air service, with the majority of complaints citing issues with refunds as the main reason why the customer felt aggrieved – accounting for 55% of all complaints. June saw the rate of cancelations rise to four times that of May, with ten airlines canceling 1.6% of the 573,779 domestic flights they scheduled, whilst the “on-time” rate fell to 74.6% from 86.2% in May. Hawaiian Airlines reported the best on-time rate of any of the American carriers with 87.7%, whilst Delta and Alaska also made the top three. The worst-three performing airlines in terms of on-time rate were Allegiant Air, Southwest and JetBlue.

Passengers aren’t the only ones upset with the state of travel at the moment. Several Southwest employees have spoken out about the way their airline has handled the travel surge – from poor planning to longer working hours – leading them to launch an online petition that accused the airline of offering “untenable working conditions”. The airline has now apologized to its staff in a memo. Southwest canceled 3.3% of its June flights – more than any other carrier.

Unfortunately, the number of complaints could be set to rise in the future, following Spirit’s early-August meltdown, the rise of incidents onboard aircraft and the growing demand for travel that airlines are struggling to cater for. 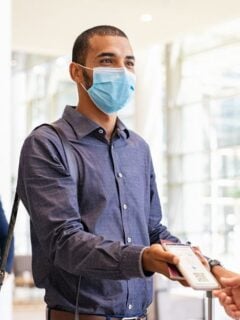 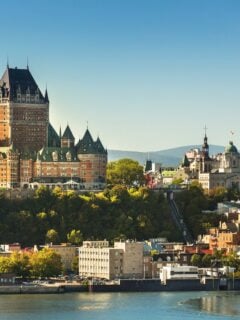 Next
Vaccine Passports Are Officially Coming To The Province of Quebec
Click here to cancel reply.

First they fire any employee that refuses to get a jab, then they complain about lack of employees? How clever.

@Adam, yeah and how many employees got sick or died from it too?