In order to stop what is proving to be an unprecedented, and even disruptive, rise in air fares, United Airlines is ready to take more aggressive action to mitigate the impacts of the 2022 aviation crisis. Now, they are calling for an industry-wide investment in sustainable aviation fuel and advocating for an end to America’s dependence on foreign oil.

Flight tickets have skyrocketed as fuel is built into the price, and ironically, just when international travel finally resumed following two years of Covid restrictions. Airlines need the commodity to power their jets, and it is getting costlier across the United States, leading air fares to become more expensive as a consequence. At times, even prohibitively expensive.

United believes it’s time to address the issue and has offered some solutions:

Since the Russian invasion of Ukraine, fuel prices shot up worldwide to 14-year highs. According to the Bureau of Labor Statistics, the cost of flying has increased by 18.6% month-over-month, meaning that, due to fuel having essentially doubled in price in recent months, Americans are now less likely to be able to afford international, or even domestic trips.

Unsurprisingly, the rising air fares are not only a concern for customers who are eager to go on a vacation after two endless years of travel restrictions: airlines like United are also struggling to manage with the jet fuel hike. According to CCO Josh Earnest, the single most important reason behind the phenomenon is the cost of jet fuel.

Earnest noted Americans want to travel again and high travel demand is back, and he is advocating for an ‘aggressive policy’ to ease costs for passengers, who may already be facing financial difficulties themselves due to the pandemic. For him, in order to alleviate the economic impact, the United States needs to lessen its dependence on foreign oil, including Russian, immediately.

The former Obama White House press secretary has revealed the United States is going to pay $10 billion more in fuel this year than 2019, the year preceding the pandemic. Considering costs are then passed on to customers, either through gas stations or flight tickets, traveling has inevitably gotten more expensive for everyone, including those going on road trips or flying abroad.

To put it simply, fuel prices need to be reduced with immediate effect. As Earnest inferred, ‘one of the ways that we can do that actually is investing in sustainable fuel’, something United Airlines has pioneered. Last December, they flew the first passenger jet powered with sustainable fuel only, thus paving the way for other airlines to do the same.

Using sustainable alternatives to fossil fuels can dramatically reduce air fares, as airlines would no longer rely on the U.S. Government to strike deals with foreign states to supply the commodity, or be subject to a volatile global market, only set to get worse as the crisis intensifies. In fact, United is pushing for major changes.

It is investing in a company producing jet fuel from municipal waste, and that they have been testing since 2021. Although some passengers may be wary of flying on ‘experimental’ fuel, Earnest has emphasized it is perfectly safe and operated at the expected level. If United’s investments prove successful, this might well revolutionize the aviation sector.

Higher fuel costs are not the only issue facing an already-battered aviation sector lately: staff shortages are becoming all too common, as several airlines are forced to trim down their summer program due to demand outpacing the industry’s hiring rate. Over the last few weeks, we have reported extensively on the matter ourselves.

From airlines fast forwarding security clearance for new pilots, which in turn technically makes them less experienced, to countries like the U.K. bracing for a chaotic summer ahead as there are fewer border control agents (and a higher number of arrivals), the impacts of Covid as a long-term complication are only beginning to hit.

Earnest mentions a worker shortage himself, and more specifically, a lack of pilots. This year, United has an ambitious plan to fulfill its largest-ever Transatlantic expansion, including by launching non-stop flights to five brand new destinations. Shortly after announcing it, they have been forced to suspend service on some routes.

You can probably guess why, but they have also fallen victim to a chronic, industry-wide worker shortage that will take years to mend. As Earnest puts it himself, ‘the lack of pilots is an acute problem’: people can’t just be hired ‘off the street’ to become a pilot, and years of training and preparation are required in order for an aspiring pilot to graduate.

Luckily, United is at least attempting to tackle yet this problem by training up to 500 new pilots each year. According to Earnest, this will give the airline an opportunity to ‘diversify the cockpit’ and open up career paths to people that ‘historically have not had that opportunity’. This seems to suggest United Airlines is promoting more affirmative action policies.

By reducing the impact on its workforce and finding cheaper alternatives for fuel, United Airlines is trying to keep the crisis from aggravating further by nipping it in the bud. After all, as the Business Insider affirms, the price of jet fuel is the ‘second biggest expense’ for airlines… Behind only labor. In sum, if airlines want to improve customer satisfaction, they will have to act more decisively. 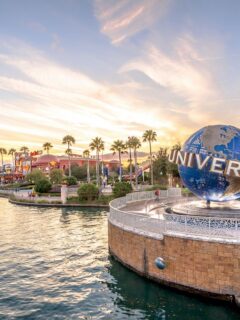 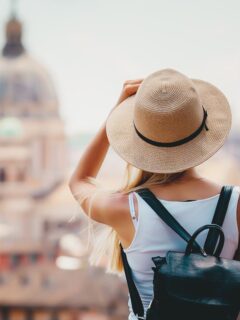 Next
Travel Demand is Back to Pre-Pandemic Levels and What it Means To You This Summer
Click here to cancel reply.

Cheaper through sustainable fuel? Hahaha, I just spit out my water

TIP: For high dollar amounts on the airfare, it may be better to use Miles instead. (flat rate per segment)

We have no need to strike deals with foreign countries to secure oil. We were oil expoters until just recently when the administration put a stranglehold on oil and gas leases. Also, if you think alternative fuel will be cheaper, think again.