As the world reopens after two years of endless restrictions, airlines have been rushing to meet the unprecedented demand for travel, though none have gone as far, or been as bold, as United Airlines. Besides ramping up its European offers, the carrier just announced the greatest transatlantic expansion in its History, including flights to 5 new amazing destinations.

With the exception of a few nations, virtually all continents, from the Americas to Europe and then Asia, now have extremely simple entry requirements, if any at all.

Therefore, it is no surprise travelers feel again confident to take to the skies and explore new countries. United Airlines has been following travel trends and seems to have understood the assignment. While it is worth noting they have either added or re-launched service in 30 transatlantic routes in total, here are United’s five brand new flight routes, including lesser-known destinations in Europe and beyond:

A Middle Eastern country brimming with history that has traditionally been a religious tourism hotspot, Jordan is becoming an increasingly popular destination for both young adventurous travelers and families alike. Popular attractions include the incredibly ancient, carved-on-rock city of Petra, the Wadi Rum desert, the Dead Sea, and of course, Jordan’s unique capital Amman.

United will launch the first-ever nonstop service between Washington D.C./Dulles and Amman next week on May 5, making the country much more accessible to American travelers and strengthening the link between the two capitals. Initially, the carrier plans to fly to Amman three times a week on a Boeing 787-8 Dreamliner.

In other exciting news, Jordan is one of 36 countries to have fully removed all entry requirements. Since March, foreigners have been eligible to enter irrespective of vaccination status and without presenting negative tests. All post-arrival testing and quarantine requirements were also dropped, making Jordan the ideal introduction to the Middle East.

Ever heard of The Azores before? This collective of Atlantic islands, which are in fact a part of Portugal, is turning into a summer destination as popular as Spain or Greece. It has mainland Portugal’s charm, including the cobblestone streets and the same colorful neighborhoods, while boasting miles of scenic drives and paradisiac beaches.

Proving they are on top of their game and observing trends, United chose Ponta Delgada, the Azorean capital, as their third Portuguese destination. Starting May 13, Americans flying from New York/Newark will be able to reach the remote archipelago directly, and without long stopovers in continental Europe, on a shiny, brand new Boeing 737 Max-8 aircraft.

Previously, United already offered direct flights from Washington to Portugal’s capital, Lisbon, and from Newark to the country’s second-largest city, Porto. Following the recent expansion, it is noted to be the first – and so far only – North American airline to serve the Azores, as well as the U.S.-based carrier with the most direct links to Portugal.

As for Covid restrictions, Portugal is yet to join the growing list of European destinations that have fully returned to their pre-pandemic entry rules. Still, those who are unvaccinated can still enter by presenting a negative test, either a PCR up to 72 hours before entry or Rapid Antigen in under 24 hours. The fully vaccinated do not face any testing requirements.

Travelers to The Azores are also advised to complete this online form.

Norway is a dream destination for many. With natural landmarks like no other, including picturesque fjords and glaciers, tourists can easily spend a whole month traveling the Land of the Vikings and still not see all that it has to offer. Luckily for Americans, they can now use Bergen, or the so-called Heart of the Fjords, as a starting point when flying United.

Once the New York/Newark-Bergen air bridge launches May 20, the airline will become the only U.S. carrier to fly directly to Norway. While other European carriers offer flights to other hubs in the Scandinavian country, including the capital Oslo, United will be the first to link Bergen and the U.S. Customers can expect the service to run three times a week on a Boeing 757-200.

We also have great news if you’re either unvaccinated or a restriction-wary vaccinated traveler: since February, Norway has no entry requirements in place. Visiting the country is again back to what it was pre-Covid, as all mandatory health documentation, including vaccine passes and tests, and quarantine requirements have finally been scrapped for good.

A summer favorite, Mallorca is the largest of the Balearic Islands of Spain, which are located in the Mediterranean and feature some of the best beaches in the country. Its capital, Palma de Mallorca, is also famous for its massive 13th Gothic cathedral, the impressive Bellver Castle, and numerous other medieval landmarks.

Starting June 2, reaching this destination from New York/Newark directly will also be possible, as United will offer three weekly flights to Palma de Mallorca. Previously, Palma-bound American travelers routinely faced long layovers in other Spanish cities, such as Madrid or Barcelona, as no airline ever added nonstop flights to the island.

United will be the first.

On the downside, at least for the unvaccinated, Spain has partnered with Italy in imposing the strictest entry requirements in Europe currently. In summary, unvaccinated Americans traveling for tourism who do not have a recent recovery certificate are not allowed to enter Spain for non-essential reasons such as tourism.

If you’re fully immunized, you have no reason to worry: as long as you satisfy Spanish border authorities that you have at least 100 euros of spending money per day, as well as observe other entry guidelines, you will not need to present either a pre-departure test, or quarantine upon arrival. Spain remains open for the vaccinated.

If pristine beaches, camel rides, and nature escapes are all you need on your first international trip after Covid, then the Canary Islands is an ideal pick. An archipelago off the coast of Western Africa which is an integral part of Spain, the Canaries have Tenerife as one of its most metropolitan islands and busiest hubs.

Three-times weekly from June 9, United Airlines will launch service from New York/Newark to Tenerife for the first time, and on a Boeing 757-200 aircraft. A pioneer, United will become the only U.S. airline with direct links to Tenerife, as the vast majority of flights between the Canaries and North America have mandatory stops in Europe.

Entry requirements for Tenerife and the Canaries as a whole are the same as in the rest of Spain: the unvaccinated cannot visit unless they present a recovery certificate issued in the previous 180 days, while those with an active vaccination certificate enjoy hassle-free entry with few other requirements.

Besides the brand new flights to Amman, Ponta Delgada, Palma de Mallorca and Tenerife, United is also increasing frequency in some of its most popular routes, with more daily flights between several U.S. hubs and Dublin, London/Heathrow, Frankfurt, Rome, and many others around Europe.

It is also launching new nonstop flights to Milan, Zurich, Munich and Nice, while resuming fourteen transatlantic routes many believed had been axed as a result of the health crisis. As stated by Patrick Quayle, United’s Senior Vice President of International Network and Alliances, the company ‘continues to leverage its leading global network in new and exciting ways to help our customers make meaningful memories and experience new cultures around the world‘.

On top of that, the airline is seeking to establish a strong presence in Africa by increasing flights between Washington/Dulles and Accra, the capital of Ghana, and turning its seasonal New York/Newark – Cape Town flights into a year-round service. Some of these expansions remain subject to government approval.

Recently, United became one of the first U.S. airlines to remove the mandatory mask mandate on flights, further reasserting its post-pandemic rebound as one of the strongest in the market.

JetBlue Will Offer Low-Cost Flights To London All Summer 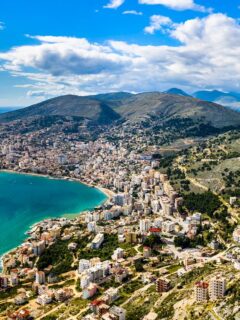 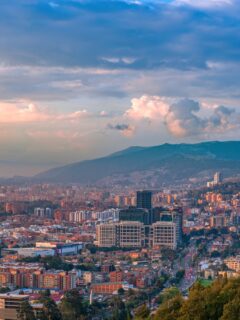 RE: today's e-mail about United's expansion to Jordan. I am on that initial flight and was surprised to learn that there is NO food service for the 10 hour trip. Might be worth a follow-up story to include that fact

@Terry Miller, People don't need to eat that much, just fast, it's healthy.

And ask your money back.

Wait... WHAT!? This is insanity. Please tell us more