If you’re booked with United to fly to Brazil, Europe, Hawaii or Japan this summer, you may want to double check the status of your flight, as the airline has just suspended 7 of its most important international flights for June. Citing aircraft shortages, it has had to double back and revise its ambitious post-Covid relaunch plan to avoid greater disruption.

In sum, United is yet to receive full clearance on both its 52 Boeing 777-200s and 777-200ERs, which have been undergoing maintenance since February 2021, when engine components rained down on suburban Denver. Although no one was injured, both on board and on ground, the incident led the engines, which are powered by P&W – Pratt & Whitney, to be recalled.

Although United hoped to bring back the repaired P&W 777s in May, just in time for the airline’s largest transatlantic expansion in its History, maintenance is taking longer than expected:

According to Cirium, United had planned on gradually reintroducing the P&W fleet from May 13, ahead of the launch of its brand new international flight routes. Unfortunately, that date has been now pushed back to May 26, which simply does not provide the necessary time for the airline to have enough P&W engines back in the field to fulfill its June Schedule.

As a result of the unforeseen circumstances, it will be suspending the following incredibly popular flight routes through June:

*Flights between Washington Dulles and Dublin are only suspended between June 4 through June 30.

On top of the suspensions, which are set to throw the travel plans of thousands into turmoil, United is also axing the Newark-Stockholm route through the end of its current schedule. To put it simply, the carrier will not be resuming its seasonal service to Stockholm, Sweden this year. Previously, flights were expected to run from May 26 through the end of October.

Not all of these flights were operated by the 777s, though a lack of engines has forced United to move the available fleet around to protect other equally important routes. For now, the recently-announced brand new international flights to Jordan, The Azores in Portugal, Norway and Spain’s leading paradise islands are still going as planned.

The news will certainly come as a shock to a majority of United customers, who have been planning their long-anticipated international summer vacation for months. With the exception of Japan, one of the last countries in Asia still banning foreign visitors, all other destinations on the list are open for tourism and experiencing extremely high demand.

As for Sweden, which has had service suspended for the season altogether, it famously became the 22nd country to remove all entry requirements, further adding to the woes of United customers who looked forward to benefit from this country’s relaxed Covid approach over summer. Except for Sweden, there is still a silver lining for the remaining routes.

Issuing a statement after the reshuffle, United assured customers it will restore the suspended services from July. Confirming the latest adjustments have been caused by aircraft shortage, the airline promised passengers the affected flight routes will be resumed, and they ‘look forward to bringing back this flying soon’.

United has reiterated it continues to fly to all impacted cities via other hubs, bar Stockholm, which is Scandinavian Airline’s base, a Star Alliance partner. If you were planning on flying United to Hawaii, Tokyo, Sao Paulo, Geneva or Dublin this summer, make sure you check the status of your reservation on the booking app, or contact the airline for rebooking options or further assistance.

Covid May Have Subsided, But Now Travelers Have Other Concerns

If you thought you could put all your travel worries to rest seeing that Covid has finally subsided, well, think again. With the current reopening trend, which saw numerous countries opening their borders following two years of strict closures, and millions eager to take to the skies again, airlines have been struggling to cope with an unprecedented demand for travel.

Over the last few weeks, we have reported extensively on staff shortages in the industry, which have led popular carriers like JetBlue and Alaska Airlines to trim down their own schedules, and even some travelers to experience extremely long delays at the UK border.

While United’s recent reshuffle does not seem to be driven by staffing constraints specifically, this setback is part of an industry-wide struggle to meet renewed travel demands in the wake of the world’s fast-paced reopening. Over the next few months, travelers are advised to check airline updates on the daily and revise their travel plans accordingly should their flights be canceled. 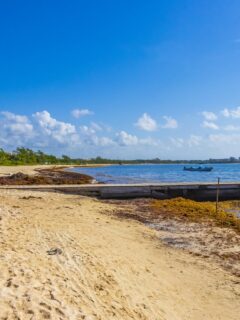 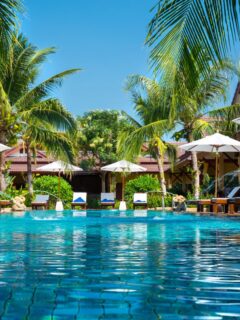 Next
Get Ready For A Summer Of Sky-High Prices For Flights And Hotel Rooms
Click here to cancel reply.

As a former P&W worker, I wasn't surprised at the PW4000 engine problems. P&W didn't have the brightest engineers in the 1990s and early 2000s since they were known for hiring to meet racial quotas rather than hiring based on talent alone.

@Atlas, Totally true! They would hire moronic savages who acted like they just got out of prison rather than white people who were experienced! Affirmative action gone too, too far.