Cancun is expecting its worst seaweed season in five years – with record amounts of Sargassum expected to be washed ashore along its coastline and beaches.

With Mexico’s Navy Secretary, José Ojeda, having recently described the situation as “alarming” – the nation’s officials are bracing themselves for what could be the largest amount of the seaweed-like algae seen on beaches in the Mexican tourist hotspot of Cancun, since 2018.

And, with Cancun having recently been ranked as the most popular destination for American travelers, the news that the city could soon be experiencing record amounts of sargassum smothering its beaches could be catastrophic.

Sargassum is a type of seaweed that is brown in color and stringy with regards to its feel and texture.

It is often found in large amounts – and due to it not becoming attached to the seafloor – it constantly floats on top of the sea, which is why it gets continually washed up onto the shores of the Mexican Caribbean.

Although sargassum is not toxic for humans, it can cause a considerable stench when present in large amounts along the coastline – with its bad smell being comparable to that of rotten eggs.

You can find out a bit more about Sargassum by clicking here.

The Mexican Navy Has Already Removed Record Amounts Of Seaweed

Not that long ago, Mexico’s Navy Minister announced that the nation’s navy had already removed 97 tons of sargassum from its seas – with more than 9,000 of the seaweed being cleared from the country’s beaches.

How Much More Sargassum Is Expected?

It has since been reported that a further 32,000 tons of sargassum is being monitored not that far from the coast of Quintana Roo – which is a Mexican state located on the Yucatán Peninsula.

And, this is why Cancun is bracing itself for an overwhelming amount of the algae – which is expected to appear in its largest amount since 2018 – which saw the Mexican Caribbean experience its worst encounter with Sargassum – which completely covered its beautiful white sand beaches.

Just a matter of weeks ago we reported that one of the most popular beaches in the coastal resort town of Playa del Carmen – El Recodo – had been closed due to an accumulation of Sargassum along its coast.

And, the news came following the announcement that local authorities in the area were to create seaweed barriers in the popular tourist hotspot of Playa del Carmen and Cancun.

How Does Mexico Plan To Deal With The Large Amounts Of Sargassum?

With Cancun having already seen an 83% recovery in its tourism figures – since the start of the Covid-19 pandemic – at the end of last year (2021), the first few months of 2022 has seen Cancun welcome even more tourists.

Therefore, with the nation becoming ever-popular amongst international travelers, the authorities inside the country are implementing measures to try and cope with the battle against sargassum.

At this moment in time, Mexico’s navy is operating 11 boats in the worst-hit areas – which have the capability of collecting sargassum before it reaches the nation’s shores and beaches.

However, it has recently been reported that the amount of sargassum being collected by these vessels at present is in fact less than the amount that they were able to collect in previous years.

In 2020, the navy was reported to have collected 4% of the seaweed-like algae before it reached the Mexican shores – with the remaining 96% having to be cleared from the nation’s beaches.

So far this year, though, authorities are said to have only managed to collect up to 1% of the Sargassum from the sea – with almost all of it being washed ashore the coastline.

Hotels Are Also Helping To Clear The Beaches

As well as Mexico’s Navy working hard to battle the nation’s sargassum problem, hotels in the local area are also doing their part to help.

Some resorts have been using machinery such as tractors to sweep away the sargassum from the beaches close to their accommodation, whereas hotels that do not have such resources are adopting a more ‘manual’ approach – with workers using rakes to clear away the algae. 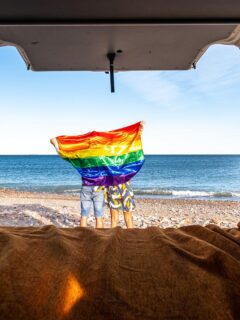 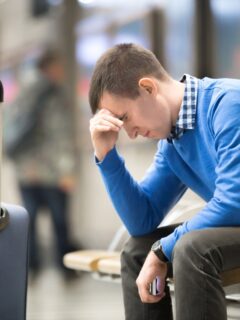 Give BP a call, maybe they can help out.