Voicing his concern that some countries in Europe may be rushing towards a full reopening ‘too brutally’, irrespective of epidemiological risks, a leading World Health Organization (WHO) has urged more caution ahead of the busy summer months. As the high season approaches, a high influx of tourists is expected, amid a threatening new wave.

Recently, a new variant of concern named BA.2 was identified, prompting fears a new round of restrictions would befall Europe when it had just started axing some of its most draconian curbs. Still, several countries in the continent have pushed forward with a broader reopening, with five extremely popular European destinations lifting all curbs in March only.

Speaking at a press conference in Moldova, a Eastern European country bordering Ukraine, the WHO Europe director Hans Kluge reiterated he was still ‘optimistic’, but remained vigilant regarding the pandemic curve in the continent.

As Kluge reported himself, cases have been rising steadily in 18 out of 53 European countries, with a sharp increase noted in the United Kingdom, Ireland, Greece, France, Italy, and Germany.

Out of those listed, the U.K. and Ireland have been known to have scrapped all existing Covid regulations at their external borders, returning to pre-pandemic travel rules.

On an extent, France has also moved towards treating the virus as ‘endemic’, abolishing its controversial vaccine passes and pre-departure testing regimes at the outer Schengen border.

In Kluge’s words, the ‘main reason behind the increase’ might be the BA.2 variant. As early research shows, it is more transmissible than the widely disseminated Delta and Omicron variants. So far, scientists engaged in studying new infection trends have not yet been able to establish whether the BA.2 is more dangerous than other previous variants.

However, a spike in infections could also mean an overwhelming increase in hospitalizations and serious symptoms in particularly vulnerable groups, such as the elderly and the immunocompromised. This trend has been noted in previous waves, and particularly during Delta. For that reason, doubts have been raised regarding the highly anticipated restriction-free European summer.

Especially after the WHO European representative warned some governments may be lifting restrictions too quickly, those planning to arrive in Europe soon are advised to monitor the situation closely.

Throughout the pandemic, Europe – in particular the European Union and Schengen-associated countries – have been known to take a more conservative approach in pandemic management.

Unlike Mexico and other Caribbean hotspots, which have remained open to all nationalities regardless of emerging variants, Europe has enacted a patchwork of restrictions over the last couple of years. While there may be periods of relative freedom when it comes to travel, new variants generally mean European nations are likely to tighten curbs once again. So far, reopenings are still going as planned.

In fact, more and more European destinations are joining the reopening trend, irrespective of the BA.2 threat, with even the traditionally-conservative Holland scrapping testing for fully vaccinated Americans, and more countries expected to follow suit. Italy is one a few taking a more balanced approach, having set out a slower path to reopening starting April 1.

In light of these developments, and acknowledging an overall European push for a new ‘endemic’ phase of the crisis, Kluge stated ‘those countries are lifting the restrictions brutally from too much to too few’. He seems to suggest Europe should take a more phased approach in relaxing restrictions, as opposed to ending them totally at once.

As he pinpointed, according to the WHO database, cases in the European continent have been on the rise again since early March, after the all-time high January peak was reached. At that point in time, Europe was off-limits to certain categories of travelers, particularly the unvaccinated. Those vaccinated also faced more restrictions, including strict testing rules when traveling to some destinations.

Could The War In Ukraine Divert The Focus From BA.2?

Even though Covid is still a major concern, lately all eyes have been on the Russo-Ukrainian War. The virus itself has notably ceased being a frontpage topic in many European newspapers, as refugees flock across EU borders and Russian aggression intensifies.

Within this context, WHO went as far as calling Europe a ‘dangerous’ destination, adding further pressure to an already-battered tourism sector, which has been struggling to recover since these tough measures were first announced.

The Russian invasion of its neighbor has also resulted in airspace bans and affected connectivity between Western countries, including the United States, and Asia. With BA.2 now on the scene, and risk of escalation on the Russian side becoming an even realer prospective by the day, visitors to Europe would be wise to keep up to date with the local news.

When it comes to entry restrictions, Europe is still pursuing a reopening path, irrespective of BA.2. At the moment, the European Commission is also heavily engaged in de-escalation talks with Russia and providing military aid to Ukraine, with the war dominating talks in the European Parliament at the moment. 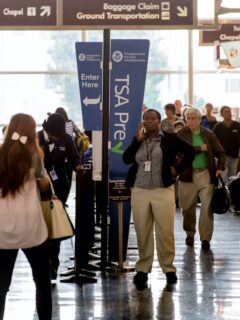 Previous
U.S. Airports Are Getting New High Tech Scanners That Will Speed Up Security Lines 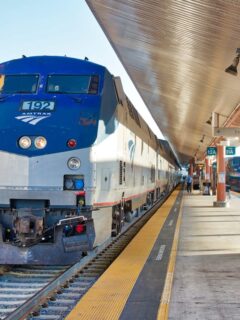 The WHO and GAVI need to be halted ASAP. They are demonic corporations hiding behind the "For your own good" narrative. Remember the Zyklon B showers? Yes, They were also "for your own good" , Zyklon B was meant to "clean" clothing of lice... We all know how that ended.

New waves will be coming regardless of what WHO thinks or wants. It's impossible to live entire life in lockdown mode. What kind of life is that? Let people take educated risks. Taking a shower is a risk too - you may slip over and break your neck. Drinking is a risk too - could get liver issues, hypertension etc. People still drink though. They prefer to enjoy life instead of living in outer space safety capsule.

No evidence of human to human transmission...

The WHO has been irrelevant since the beginning of the pandemic, now they are begging for attention since everyone is focused in the war.