Americans are proud travelers. They love their country and for the nations that locked them out and made them feel unwelcome, they may not forget for a very long time.

U.S. tourists spent an estimated $144 billion in 2018 alone on international travel and prior to the pandemic had one of the strongest passports in the world. 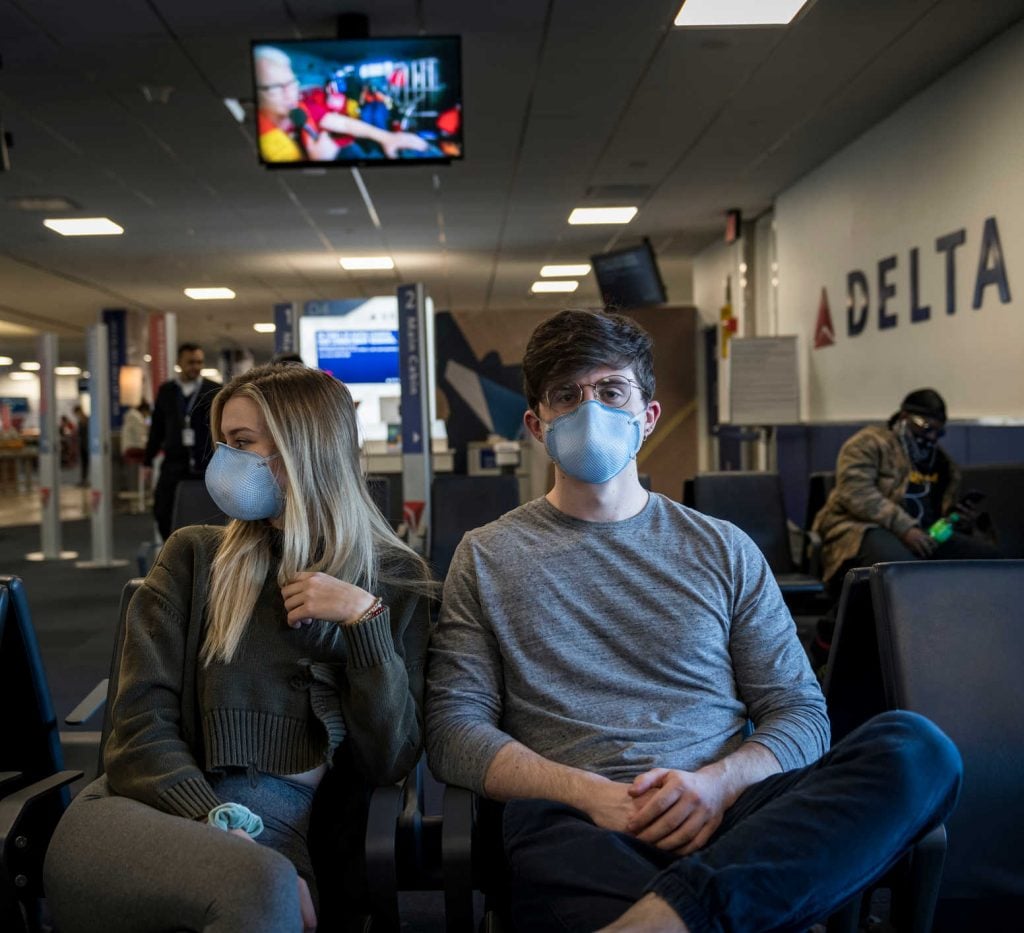 COVID-19 has changed everything and the U.S. has found themselves locked out of many countries after having the highest number of COVID-19 cases globally.

What many countries that have locked out American tourists don’t realize is, they may never return.

It’s going to take a long time for Americans to forget about the countries that have completely snubbed them. In the meantime, U.S. travelers are falling in love with new destinations that have become their go-to vacation spot for years to come. 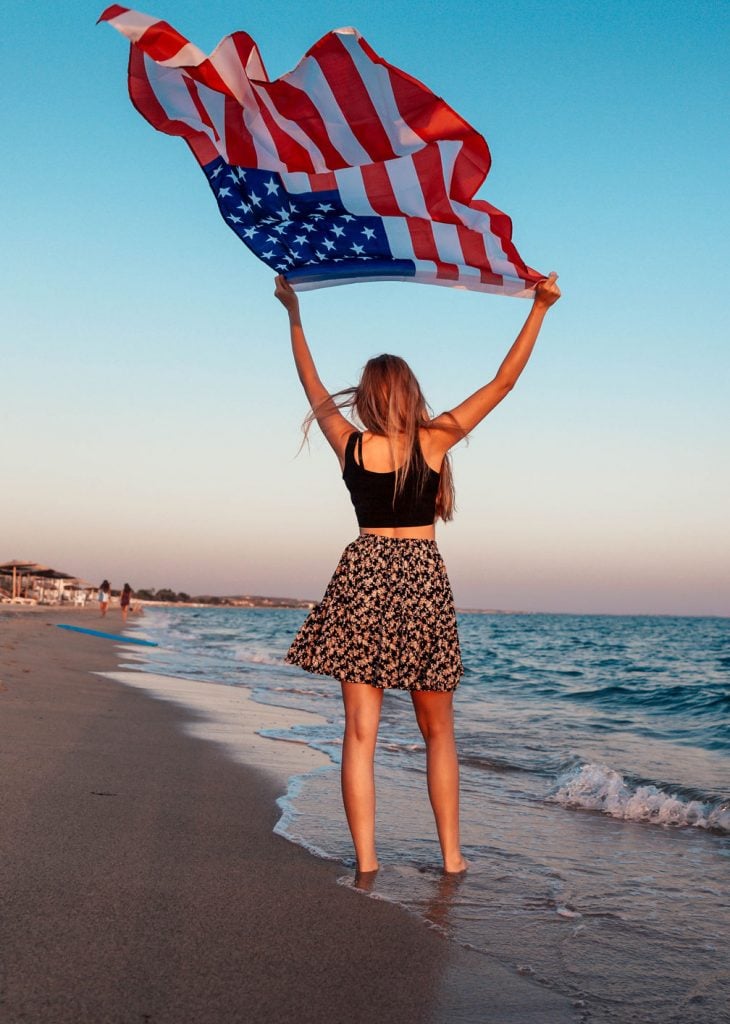 Americans are going to be among the first in the world to be vaccinated. In 2021, we’re going to see a proof of vaccination record (POVR) become the ultimate entry ticket to almost every country and 325 million Americans could be holding one by the end of the year.

In the meantime, Americans have been falling in love with new countries they haven’t seen before after being locked out of their original target destinations.

Kristie Sullivan from Minnesota told Travel Off Path “We were planning to go to Thailand for a few months but ended up in Croatia. We love it so much in Croatia that we’ve had some conversations about buying a vacation property here.”

Croatia is currently the only country in the EU that is allowing American travelers to enter which is further skyrocketing its popularity.  Americans are required to provide proof of a negative PCR COVID-19 test taken within 48 hours before arrival. 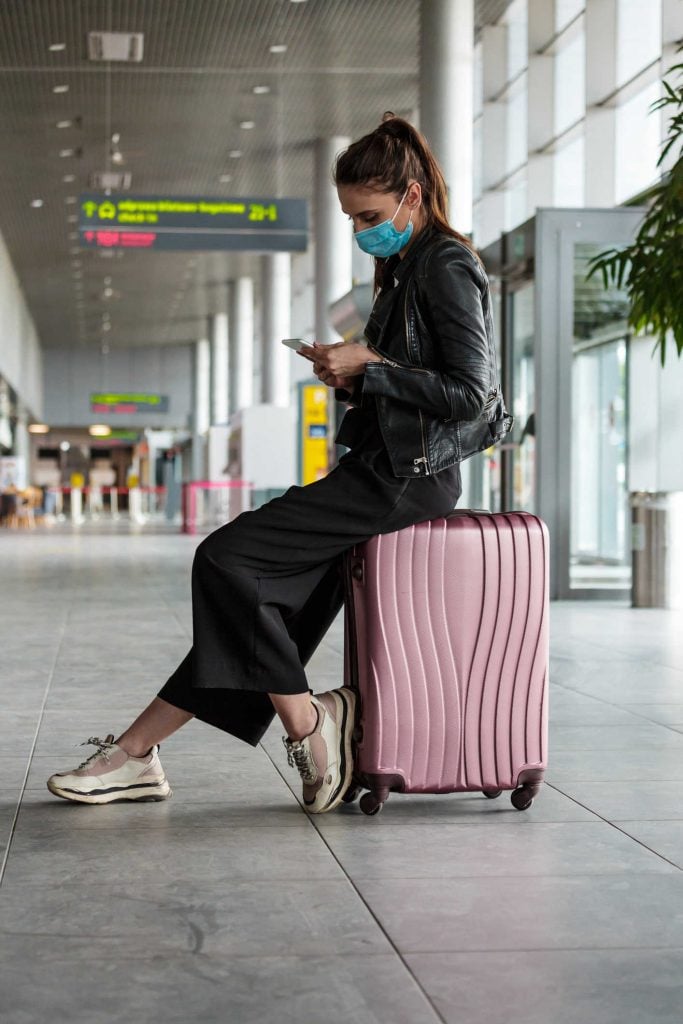 After traveling the world for the last 5 years and being part of one of the largest full time travel communities in the world, we’ve learned that people move on. Once they have tried a new country and fallen in love with the beauty, culture and experience, their old favorite destination becomes just a memory.

For the average traveler that goes on vacation once or twice a year, many return to the same spot time after time. It becomes a comfort zone and consistency of knowing what they’re going to get. Why fix a good thing right?

If all of a sudden you’re favorite destination has “banned” you because of where you’re from, there are two things that are going to happen. 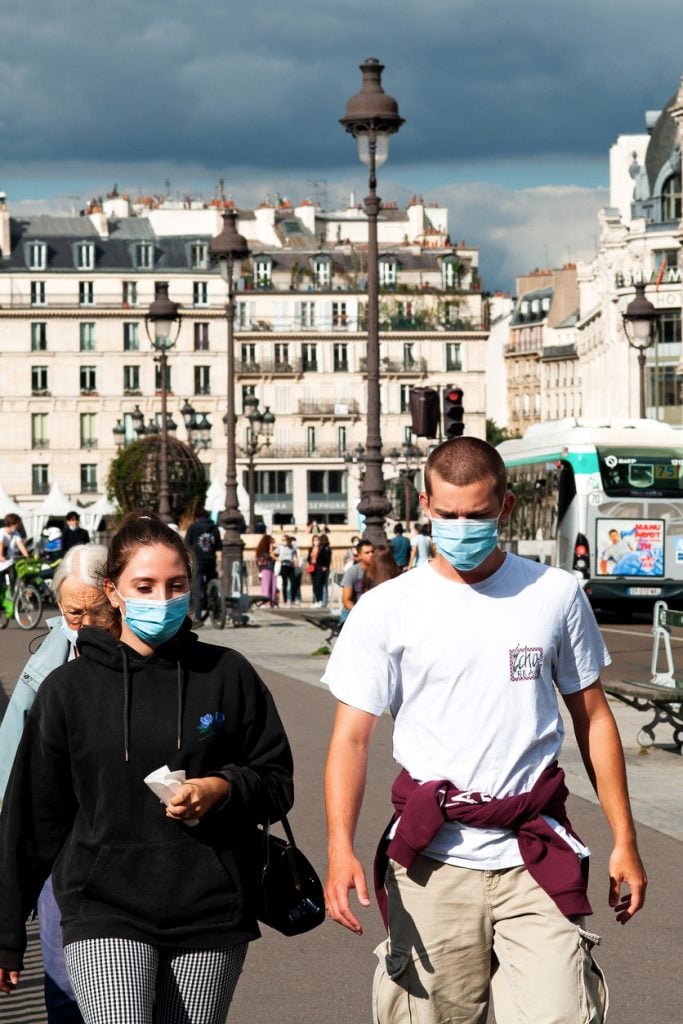 The first is, Americans are going to try new destinations they haven’t been to before. The most likely contenders are Mexico and the Dominican Republic because they have their arms wide open for American tourists and have easy COVID-19 entry requirements.  Travelers will fall in love with new destinations and find new comfort zones.

The second is, who really wants to a return to a country they have been ‘banned’ from. Sure people get over things but as we said at the beginning of this article, Americans are PROUD of their country.

U.S. tourists want to go where they feel welcome and especially when some countries are even rewarding them for visiting. For example, the Dominican Republic is offering free medical insurance that covers COVID-19 while travelers visit.

Travelers remember when they feel welcome. Just like any business, you return to where you are appreciated. 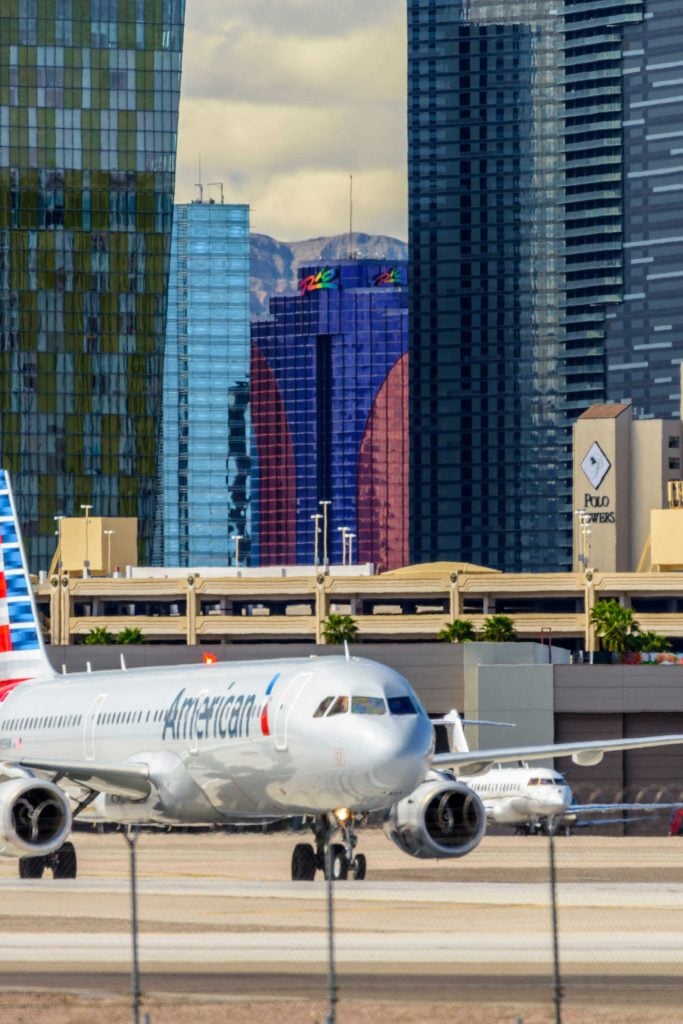 But this is different right? Lives are at stake so people will understand and get over it fast because this was an unprecedented time right?

For those of you that follow American politics, the country is completely divided and for many Americans, COVID-19 is no scarier than the common flu. Even their President believes it, so to pretend Americans aren’t bitter about countries they have been locked out from would be naive. 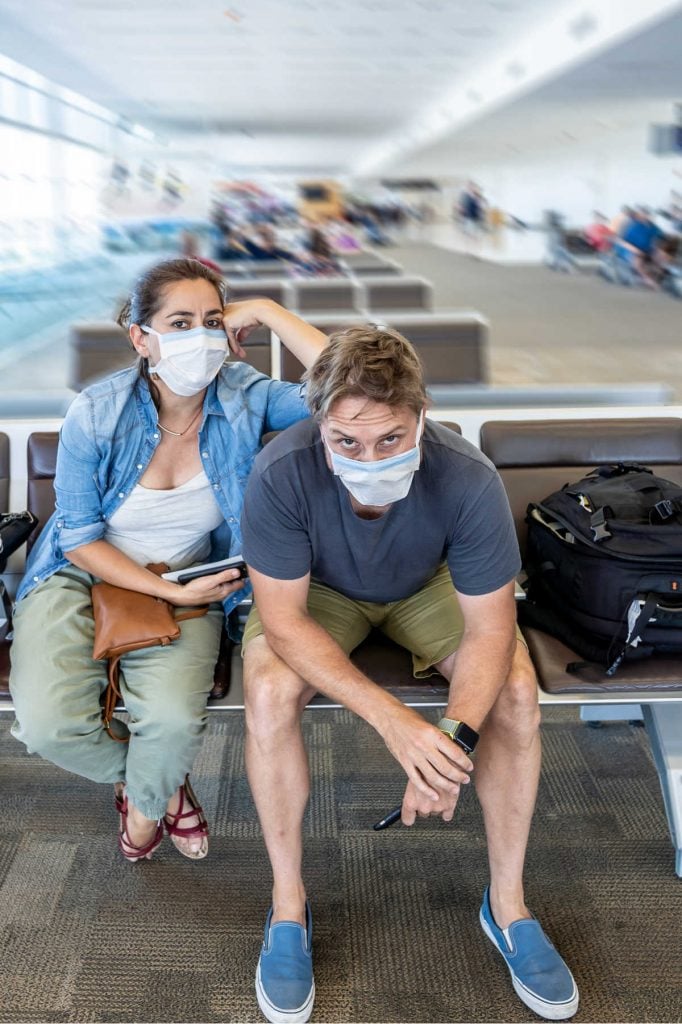 It’s one thing to ask for proof of a negative COVID-19 test upon arrival but its another to issue a blanket ban on an entire population based on geography.

This whole international travel problem could be solved tomorrow if the world had the testing capabilities. 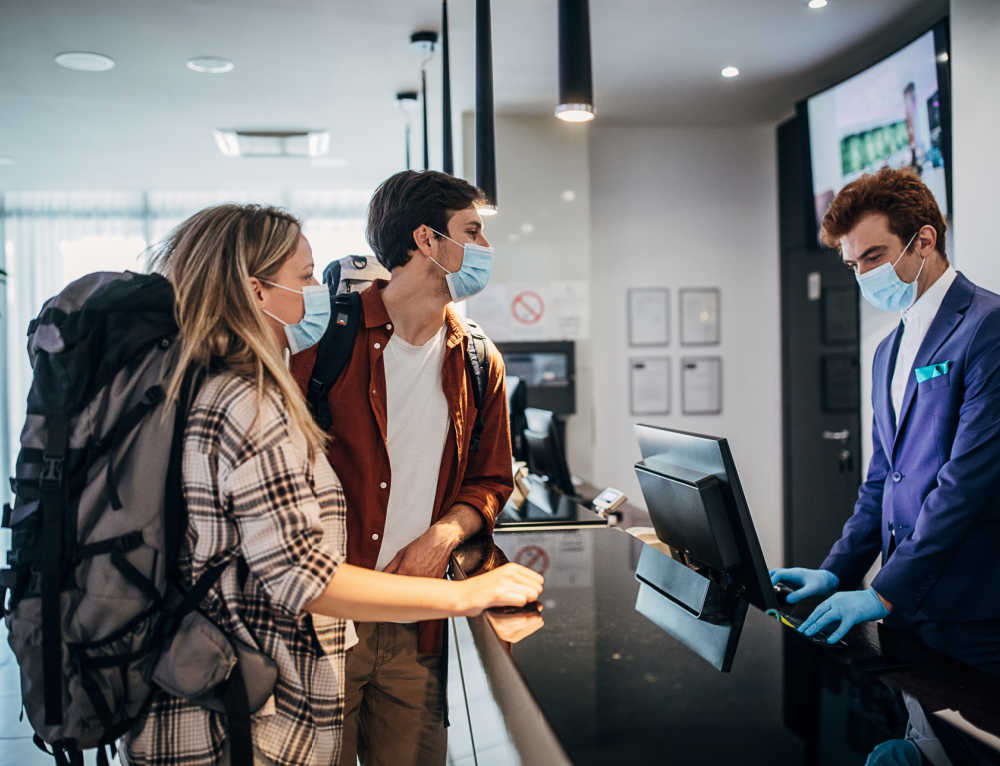 One standard set of entry requirements for incoming travelers for all countries would solve this jumbled mess.

If the world could come together and set these international travel standards, the confusion of travel restrictions could come to an end.

For example a 3 color coded system that each country could rate themselves:

Orange: Proof of negative PCR COVID-19 test within 72 hours OR Proof of Vaccination Record (POVR) when it becomes available.

Red: Proof of negative PCR COVID-19 test within 72 hours OR Proof of Vaccination Record (POVR) when it becomes available AND a 14 day quarantine. 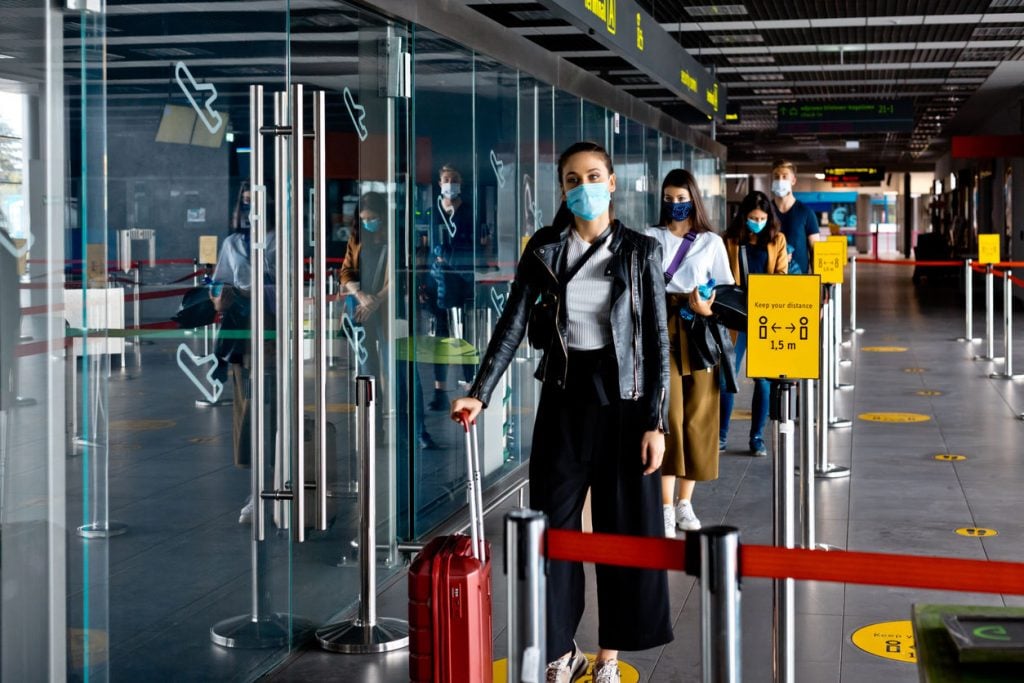 The chances however of this ever becoming a reality are small as for many countries, pride, politics and greed will get in the way.

For now, one thing’s for sure. Countries that have completely banned American tourists are feeling the economic impact and what they may not realize, the consequences could last far beyond when COVID-19 is over. 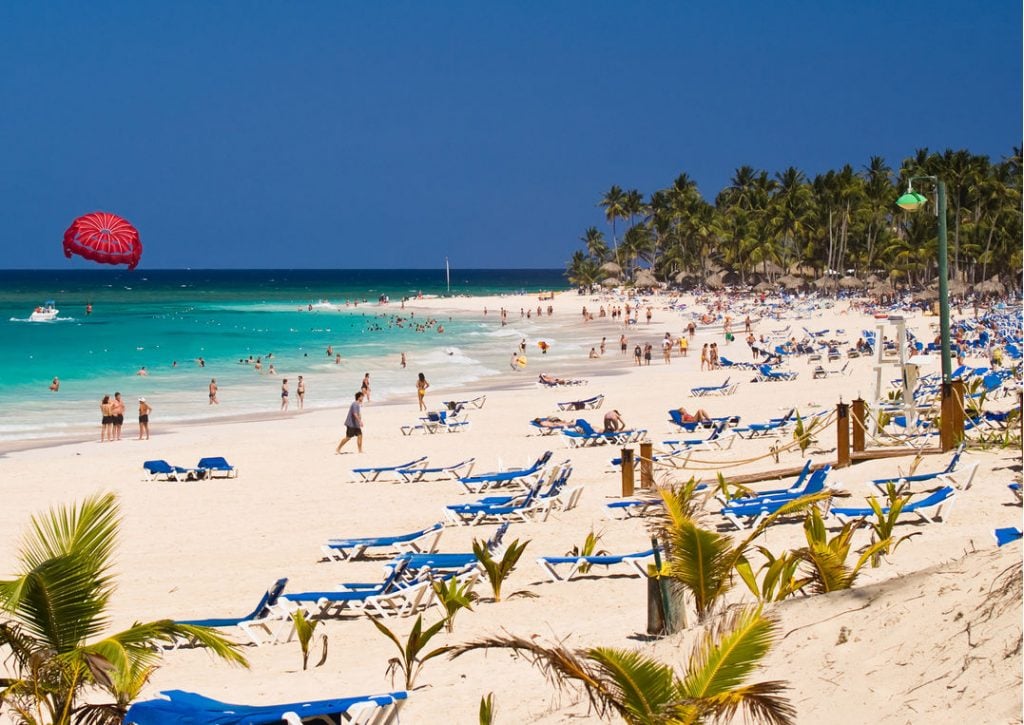 How the COVID-19 Vaccine Will Impact Travel in 2021 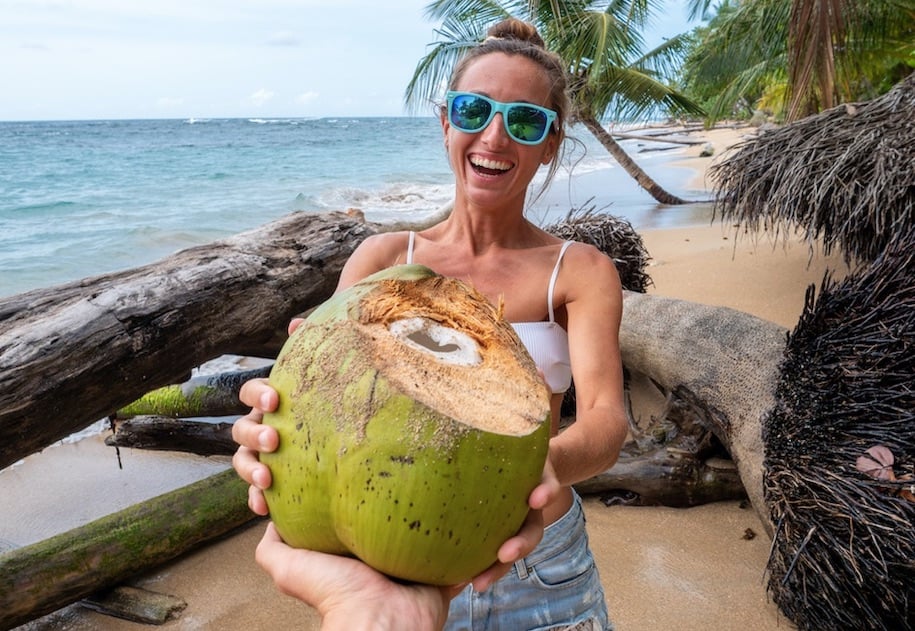 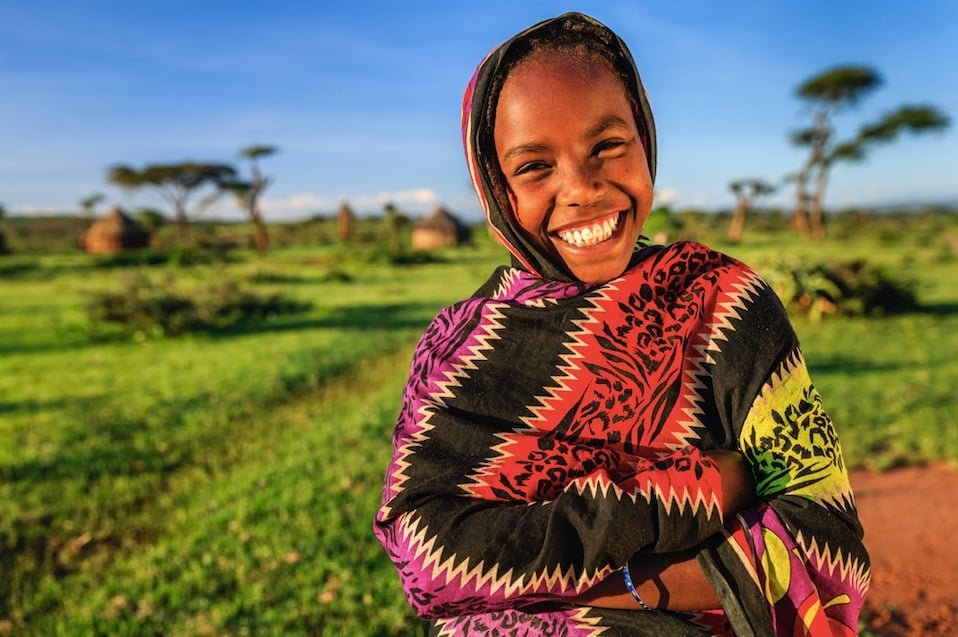 Former conservative Republican here who has visited 20 foreign countries and lived in several. I have some real thoughts on this piece...

Per the author: "COVID-19 has changed everything and the U.S. has found themselves locked out of many countries after having the highest number of COVID-19 cases globally.

"What many countries that have locked out American tourists don’t realize is, they may never return.

"It’s going to take a long time for Americans to forget about the countries that have completely snubbed them. In the meantime, U.S. travelers are falling in love with new destinations that have become their go-to vacation spot for years to come."

This is frankly such tripe that only a right-leaning Trump disciple (at least, this is most likely the case) could have dreamed up; at least, among the few Trump disciples who actually bother to travel beyond packaged or otherwise unoriginal vacations to someplace in Mexico or the Caribbean. It's obvious that many of the people who crow the sociopolitical mantra of "personal responsibility," are furious at being told to be conscientious of their neighbor and their community during a cruel pandemic. It's also obvious that said people don't respect the responsibility that other nation's peoples have taken personally, as well as governmentally, to curb the spread of COVID-19.

The end result? The US has been faring better in per-capita COVID-19 infections and fatalities than much smaller Belgium and the UK, but that's not saying much. Among countries with 100M+ citizens, including Asian countries such as Indonesia, Japan, China, and India, as well as the collective of the EU, two countries are in the rear of the pack: the US and Brazil.

Compared to much more densely populated countries such as the aforementioned Asian countries, as well as Thailand, Vietnam, Malaysia, Singapore, and even many countries in Africa (however insufficient testing may have generally been), the less-densely-populated US is still in the rear of the pack. Some of our least densely populated states, such as North Dakota, South Dakota and Utah, have had infection and fatality rates among the worst internationally. Gov. Noem in South Dakota is being heralded by the "pro-life" party of "personal responsibility," along with the likes of Gov. Lee in Tennessee, Gov. Abbott in Texas, and Gov. DeSantis in Florida, for their supposedly "responsible" responses to this pandemic. (By the way, some conservative states are my very favorite in the US, even if the Republican Party has gone off the rails.)

Even Democratic states didn't fare much better in the end, for the most part, because of a severe lack of a national strategy, due in large part to the Trump administration ignoring the pandemic preparation plan that had been prepared previously by the Bush II and Obama presidencies. President Biden has been a positive, meaningful catalyst for beginning to bring our country out of this pandemic, but it was already too take to save 500,000 American lives.

If a person doesn't have the "personal responsibility" to respect other countries' laws, customs and livelihoods, stay the hell here in the United States. If a person thinks that this is a "plandemic," and doesn't want to take the "Bill Gates vaccine" (directly quoting an earlier commenter here), stay here. Leave the travel to someone like me, and many tens of millions of other Americans, who aren't all bent out of shape about Canada, or Australia, or Norway, or whomever else, understandably telling Americans to stay out, probably through most of 2021, if not longer.

This post is a little ridiculous no? It’s another countries fault that Americans are unable to contain themselves and a virus. If they clearly don’t care about giving it to its own citizens why should another country allow us to infect them. America is the idiot country who fights about wearing masks, open schools before they’re ready, doesn’t believe in actually following quarantine rules etc. If I was able to close my country to America I 100% would. You don’t want to visit anymore because I’m trying to keep my people safe I don’t care. Least now there won’t be an abundance of drunk people breaking the laws because they’re "on vacation". I know I can’t wait until I’m able to leave again.

I agree that the entry bans are absolutely stupid. One thing you should not forget to mention though is that the US does not let Europeans enter either and the US was the first to close its borders to Europeans. So please don't make your article so one sided. I would love to travel to the US and I can't.

They're not coming here anymore? Great!

It's gonna take a while for the world to forget how irresponsible and selfish USians we're again 🙄 They can absolutely stay home we won't miss them.

Happy to welcome US citizens if they understand other country's citizens are just as PROUD of their own country but also CARE about each other. The reckless, selfish, loud, entitled and totally lacking in self discipline jerks are not. Your money won't buy us back the health or even lives of our loved ones.