When the Titanic was launched, it was not only the largest passenger ship in the world, but the largest ship ever built. Whilst it has lost that title several times over the past century, few from that period would scarcely believe just how big cruise ships were to become – and they’re set to become even bigger. Cruise industry heavyweights Royal Caribbean are set to debut their new ship Wonder of the Seas next year, when it will become the largest cruise ship in history – and it is now open for bookings. Here’s more about the ship and how you can among the first to board it.

Wonder of the Seas – Information For Travelers

Currently, under construction in Saint Nazaire, France, the ship features 18 decks, with enough space on board for 2,867 staterooms and to fit up to 6,988 guests. However, it’s not just practical features that will make the boat stand out, with Royal Caribbean claiming that their latest addition will have “signature amenities the world’s largest and unmatched ships are known for”.

Wonder of the Seas will feature eight distinct neighborhoods onboard for guest to explore. Its Central Park feature is set to become the “first living park at sea”, and will house more than 20,000 plants. As well as this, the ship also features a range of top-quality restaurants and shopping facilities that are bound to be among the best in the industry. For thrill-seekers, there’s also a 10-story zipline and slide – the largest of their kind at sea.

Wonder of the Seas is due to set sail in March 2022, and it is already taking bookings. The ship will be going on several different trips throughout the year, originally sailing from Shanghai before changing homeport to Hong Kong later in the year.

From Shanghai, the ship will depart on several routes that will take them through various different Japanese destinations, with both four-and-five-night packages available to book. Speaking of their offerings from Shanghai, Royal Caribbean said:

“From pleasing their palate in Osaka, to exploring the nation’s oldest official residence in Fukuoka, to tasting the best beef in Kobe and enjoying the natural scenery of the islands of Okinawa, all senses can be fulfilled on these culture-rich itineraries. The combination of ports of call to choose from also include Tokyo, Mount Fuji, Kumamoto, Kagoshima, Ishigaki and Miyazaki, Japan”.

The change in homeport towards the end of 2022 will also see a change in destinations offered. From December onwards, the ship will depart from Hong Kong, where it will head to destinations such as Taiwan, Vietnam and Japan, on cruise offerings that range from 4 nights to 9 nights. Each of these cruises are available for booking from the Royal Caribbean website and, with cruises from the US unlikely to resume any time soon, could prove a tempting alternative for American cruise fans. Prices start from $644, and have a number of different dates available.

Cruises on the Wonder of the Seas are “Culturally Enriching Cruises”, which means guests will be immersed in the culture, language and practices of region. The primary language on board will be Mandarin, with signage offered in both Simplified Chinese and English.

Alaska Joins Florida in Lawsuit Against CDC to Resume Cruising 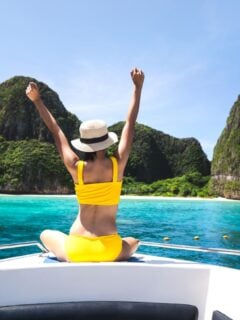 Previous
Visitors to Thailand Can Quarantine on a Yacht in Phuket 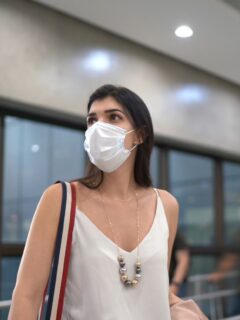 Next
Foreign Travelers Can Once Again Get The One Shot Covid Vaccine In The U.S.
Click here to cancel reply.