Zero Tolerance Policy For Bad Behavior On Flights Will Continue With Fines Up To $80,000

The FAA announced on Wednesday that the zero-tolerance policy for unruly passengers will become permanent.

Bad behavior on planes has been a massive problem for airlines in the U.S. since the beginning of the pandemic. Over 1,200 passenger incidents have been reported so far in 2022 and we aren’t even halfway through the year.

Under the now permanent policy, unruly passengers will be fined $37,000 per violation. With the possibility of committing multiple violations in an incident, fines can reach up to $80,000

The rise of unruly behavior began during the beginning of the pandemic. A lot of cases stemmed from the enforcement of the mask mandate, with 800 of the 1,200 already being reported this year being linked to mask enforcement. But it’s more than just the masks, airline passengers have just been behaving worse in general.

It’s more than just behavior on planes that is the problem. The TSA is also reporting an increase in weapons and prohibited items during the pandemic. In 2020, the TSA found 3,257 guns and 83% of them were loaded.

That was less than the record set in 2019 of 4,432 firearms, but air traffic was significantly lower in 2020 because of the pandemic, so it’s a higher percentage of travelers attempting to bring these weapons on board. Furthermore, the TSA also found more than 3,200 items prohibited from aircraft cabins, like knives, and for some reason, throwing stars.

Have The Airlines Reacted?

Major U.S. airlines American Airlines, United, Delta, and Southwest responded to the increase in incidents by banning alcohol sales on all flights.

The Alcohol ban was enacted in 2020 and lasted a full two years. Airlines cited these passenger incidents that would involve either verbal abuse or even violence against flight attendants and airline employees.  American Airlines actually just became the last airline to unban alcohol as most things travel-related are beginning to go back to normal.

It’s not clear if banning alcohol sales on board made a huge difference. Many of the problem-causing passengers who have been intoxicated on flights had already consumed alcohol in the airport. Some even brought to-go cups from the restaurants in the departures lounges, prompting some airports to ban the cups.

What else is being done?

The TSA has partnered with the FAA to ban unruly passengers from being eligible for PreCheck. Under this partnership, the FAA will share the information of passengers facing fines for unruly behavior with the TSA. The TSA then has the discretion to remove the passengers from TSA PreCheck screening eligibility.

“TSA has zero tolerance for the unruly behaviors, especially those involving physical assault occurring aboard aircraft. We have tremendous respect for airport staff, gate agents, and flight crews that get people safely to their destinations, This partnership with FAA will help ensure the safety and security of all passengers and hold those who violate federal regulations accountable for their actions,” said TSA Administrator David Pekoske.

Last week a federal judge in Florida overturned the US government’s ongoing nationwide mask mandate for public transportation including travel on airplanes, trains, and buses. It will be interesting to see if the number of passenger incidents drops significantly without the need for airlines to enforce the mask mandate. Conversely, maybe the reopening of travel and new relaxed rules will de-stress passengers and bring us back to the pre-pandemic calm we were used to at the airport. 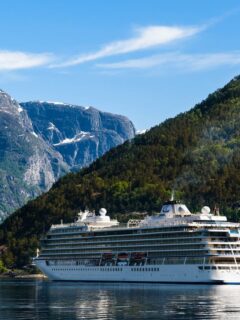 Previous
U.S Cruise Lines Must Give Passengers Refunds For Cancelled or Delayed Sailings 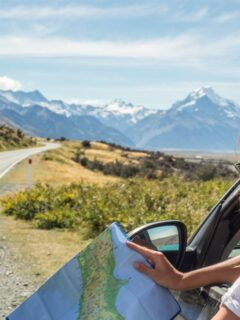 Next
Summer Travel 2022: 5 Epic Road Trips In The U.S. To Take This Year
Click here to cancel reply.

@Brie, Yes, I am pretty sure there are actual crimes that does not punish that much...

I wonder how many of these incidents were a result of over zealous do gooders not minding their own business and thinking they were a hero for mask policing?

it all begins with alcohol. ( period ) and sometimes flight attendants can be a bit of a power trip with the mask thing and that sure can and does get very irritating

Way too high. Lets compare with all the other types of fines and I bet you will find worse behaviours being fined at 1000 bucks or 3000 bucks. Does not make logical sense, sounds like qnd emotional "lets slap a ridiculous high fine"

The fine should be as high for unruly passengers as it is for those “patriots” that stormed, looted, and damaged the Capitol building.