With digital nomadism on the rise and a number of sunny getaways now embracing the new work model in 2022, travel search engine Kayak delved deeper into the matter and identified Mexico as a leading North and Central American destination for remote workers.

While nomadism is only gaining traction now, largely due to the pandemic, Mexico has been widely known to be a digital nomad hotspot for years. With its Caribbean beaches to the south, and global cities such as Mexico City and Cancún, it appealed to millions of long-term travelers even before Covid.

Through Kayak’s Work from Wherever Index, an interactive microsite belonging to the company, travelers are able to select their favorite countries when it comes to balancing both work and travel from a list of 111. Weather, affordability, health and safety, remote work, and social life are among most relevant factors.

When taking those into account, Mexico takes the number three spot in the North and Central American subgroup, claiming an enviable score of 75 out of 100 and reflecting recent trends that also point to it becoming one of the leading tourist destinations in the world in the post-Covid era.

As defined by Kayak users, Mexico boasts some of the lowest local food and apartment rental prices, which make it an ideal destination for remote workers living on a limited budget. In fact, the Mayan homeland scores even higher in local prices (85/100) than the countries occupying the top two slots.

Above Mexico on the list, regional leader Costa Rica had an average score of only 76/100 on the affordability category, while runner up Panama registered a slightly higher 77/100, thus proving nomads still find cheaper deals when based in Mexico than elsewhere in that specific geographical area.

They are also able to access fast internet throughout the country and are easily able to apply for a temporary resident visa when wishing to stay longer than the usual 180 days as tourists. Strong air connectivity also contributes to Mexico’s placing on the list, with new flight routes being added from several U.S. and Canadian cities almost weekly.

Nevertheless, both Costa Rica and Panama still beat the North American giant on several other categories, including health and safety. On this category, Mexico registers a disappointing 58/100, with its struggle in containing rising crime rates being well documented recently.

Especially in and around Cancún, increased gang activity and corrupt practices have led the United States to update their travel guidance for the area, with Americans now urged to exercise greater caution when visiting. When it comes to weather, Kayak readers also seem to favor other Caribbean destinations, with Mexico scoring 54/100 on that front.

On a brighter note, Mexico still ranks far higher than other popular destinations in North and Central America, including the United States, which scored 52/100 and peaked at a moderate number seven, and neighboring Belize, which is placed at an even-lower number ten scoring only 28/100.

According to Lise Vives, country manager of Kayak Mexico, the agency has developed the index hoping to help travelers “plan their vacations while working remotely”. Besides North and Central America, digital nomads can also browse other continents, including Europe and Asia, or access a more comprehensive worldwide ranking.

Regarding Mexico, Vives stated Kayak is “very pleased” the country has distinguished itself in North and Central America, especially by “having affordable prices and high connectivity“. Vives believes these qualities have helped consolidate Mexico as “one of the favorite countries for professionals who also want to enjoy an incredible destination while working remotely”.

What Are The Rules For Digital Nomads Moving To Mexico Right Now?

Throughout the pandemic, Mexico has sought to strengthen its position on the world stage as a competitive, but still safe, destination for Covid-wary travelers. While most European and Asian destinations slammed doors shut for American tourists several times, including nomads, Mexico has remained a safe haven for the community and has continued to welcome them, irrespective of vaccination status.

Currently, in order to enter Mexico from the United States, American travelers are simply required to have a valid passport, with no vaccination certificate, PCR or antigen testing, or even pre-departure registration forms required at the border.

Tourists are usually granted a 180-day entry stamp, which then allows them to remain in Mexico for a period of six consecutive months. However, we have heard reports some travelers are randomly receiving ever-shorter entry stamps, which could inevitably affect the plans of those expecting to work remotely for longer.

For that reason, we would advise our readers who are also digital nomads and are thinking of residing temporarily in Mexico to check the entry stamp received at the border once landing, as those caught overstaying could be fined or even face difficulties when attempting to re-enter Mexico in the future.

Digital nomads are also able to apply for a temporary residence visa of up to four years in Mexico, which effectively works as a digital nomad visa, seeing that they are not allowed to receive payments from any Mexican sources, including local companies and entities. They must also satisfy other requirements, including a basic income threshold. More information is available here. 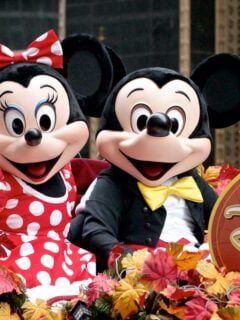 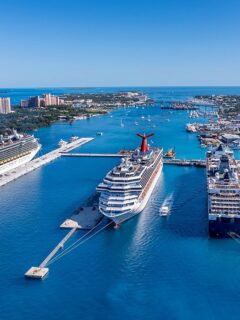 and make the effort to learn Spanish too

I'm so glad I spent so much time in Mexico City prior to the pandemic and it's popularity soaring. Last time I was there, it was full of gringos trying to force locals to speak English in La Condessa.