As Europe moves past its era of complex travel rules resulting from the Covid pandemic and starts reopening to tourists, two other countries in the continent have announced simultaneously they will be removing their own entry requirements: Serbia and Kosovo.

They are now officially the 43rd and 44th countries to have scrapped all Covid travel rules, and the latest in the Balkans to have done so, leaving Bosnia and Herzegovina as the last country in the region still restricting the entry of tourists.

The news of Serbia and Kosovo removing entry requirements comes moments after Croatia, a heavy-hitter tourism destination that has also removed all travel rules, fully returning to normal.

While Serbia and Kosovo have remained open to visitors from the beginning with varying degrees of restrictions, they have now decided to finally abolish all remaining border measures. To put it simply, both countries have reverted to a pre-pandemic state of normality.

Everyone is welcome again like it was in 2019. Here is how traveling to either Serbia or Kosovo will be like from May 2022:

Serbia officially removes all entry requirements and restrictions as of May 3, 2022.

Bordering the more popular hotspots of Croatia, Montenegro, Romania, and Bulgaria, which have all recently scrapped their own Covid entry regulations, Serbia is a surprising destination in the Western Balkans that had been largely overlooked by a majority of tourists – up until recently.

As it is not a member of the European Union, Serbia did not follow EU directives early on in the pandemic to close its borders and keep visitors out. Even before vaccines were introduced and testing became the norm for traveling, it allowed all foreigners to visit, including Americans, Canadians, and Brits.

While most of Europe suffered from a tourist slump, as a majority of non-Europeans were forbidden from visiting throughout most of 2020 and early 2021, Serbia proudly stepped in as a tourist-friendly nation, and it wasn’t until recently that it tightened its entry rules – even if only slightly.

Before the rules were dropped this week, the fully vaccinated were granted test-free entry into the country, making Serbia one of the easiest country to visit in what was then a much more restrictive Europe. The non-vaccinated could also enter by presenting either a recovery letter, or a negative Covid test within 48 hours of arrival.

Now, Serbia treats all travelers the same regardless of vaccination status. Starting May 3, all control measures and restrictions related to Covid will ‘cease to apply’, meaning foreign citizens will no longer be required to present any Covid proof of entry upon arrival in Serbia.

As reported by local media, the Serbian government opted for rolling back Covid measures due to the favorable epidemiological situation in the country, and ‘in line with the decisions of most countries in Europe and the region’.

Even though Covid has stopped being a relevant factor for Serbian border authorities, masks have not yet been fully scrapped within the country. The recommendation is that the public still wears them indoors, and they remain mandatory in public transportation and health institutions.

Serbia is a mandatory stopover in any comprehensive Balkan itinerary, as it was once the capital and beating heart of now-extinct Yugoslavia, a country that comprised what are now the independent nations of Serbia, Croatia, Bosnia and Herzegovina, Slovenia, Montenegro, North Macedonia, and Kosovo.

Belgrade, Serbia’s capital, is famous for its wide pedestrianized shopping streets, a charming old town featuring beautiful Orthodox churches and other landmarks, and the impressive Belgrade Fortress, built in the year 279 BC. Its second-largest city, Novi Sad, is also famous for its classical Austro-Hungarian architecture.

Neighboring Serbia directly to the south, the newly-founded nation of Kosovo has also followed its Balkan counterpart in removing all Covid entry requirements. Now, visiting this unheard-of, yet extremely underrated European country will be the same as it was prior to the pandemic.

As seen on the IATA Travel Regulations Map, Kosovo removed all health-related travel rules on May 1. Previously, the fully vaccinated could enter without testing or quarantine, and the unvaccinated were expected to undergo pre-departure testing within 48 hours of arrival, or then present a recovery certificate.

On Kosovo’s Ministry of Health page, a quote from Prime Minister Albin Kurti says “the epidemiological situation with coronavirus is stable, therefore it is recommended to ease the measures.”

From May 2022, however, Kosovo has resumed its 2019 entry guidelines. Like Serbia, there will be:

Before the above measures were scrapped, visitors were expected to bring evidence of vaccination or a recent infection/negative PCR or Rapid Antigen tests when accessing public institutions, shopping centers, bars, restaurants, and certain indoor venues in Kosovo.

We were not able to confirm, at this stage, whether the Kosovo-wide vaccine restrictions continue to apply now that the country has fully reopened for tourism. Before the relaxation, Kosovo required visitors and citizens alike to wear masks indoors, though the lifting of the mask requirement is also yet to be confirmed.

Ahead of traveling to Kosovo, tourists are advised to check the websites of Kosovar embassies or consular missions in their own home countries in order to get all the relevant information regarding measures imposed within the country.

Kosovo is culturally linked to neighboring Albania. After all, Kosovars are ethnic Albanians and they speak the same language, albeit with dialectal differences. Irrespective of being effectively a kinstate, this tiny, mysterious nation still stands on its own and can either make for an interesting day trip from nearby countries or be explored over a full week or two, as there is certainly no shortage of landmarks.

Its capital, Pristina, became the ‘Youngest European Capital‘ once Kosovo unilaterally broke away from Serbia in 2007, and offers the odd tourist that striking communist-era architecture, and an endless list of cool niche cafes and ethnic restaurants. Contrastingly, to the south, Prizren features countless Ottoman-era monuments and a picturesque medieval fortress.

More Guidance On Travel Between Serbia And Kosovo

It is worth noting that, while Serbia and Kosovo both share this exciting news, these two nations are not exactly best friends. As the last state to secede from the union with Serbia in 2007, and much later than others like Croatia, Slovenia and Bosnia and Herzegovina, Kosovo still has a fragile relationship with Serbia.

Having a significant Albanian majority and distinct beliefs, Kosovo has always sought to establish itself as a sovereign state from the early days of the dissolution of Yugoslavia. Further deepening the divisions, unlike Serbia, which is part of the Christian Orthodox world, most Kosovars identify as Muslim.

Still, Serbia is yet to recognize Kosovo as a country, considering it an autonomous province within its own borders. On the other hand, a majority of countries in Europe consider Kosovo an independent state, though reception is much more moderate worldwide: only half, or roughly 50.26% of United Nations member states, have recognized Kosovo’s independence.

Due to the unsolved conflict, visitors are warned they cannot cross from Kosovo into Serbia unless they have been in Serbia prior to their visit to Kosovo on the same trip. When attempting to enter Serbia with a Kosovar stamp without having been stamped by Serbian authorities first, tourists will be denied entry.

After all, Serbia considers Kosovo an integral part of its own territory, and any first entry into the latter is deemed an ‘illegal’ entry. Thus, when hoping to visit both Serbia and Kosovo during their next Balkan adventure, tourists are strongly advised to start their trips through one of Serbia’s own designated points of entry.

Once in Serbia, visitors can easily cross into Kosovo and back without any problems, as that is not considered unlawful by Serbian authorities. Besides planning their itinerary carefully, tourists are strongly discouraged from traveling to the municipalities of Zvecan, Zubin Potok and Leposavic, as well as to the northern part of Mitrovica due to ‘security incidents‘. 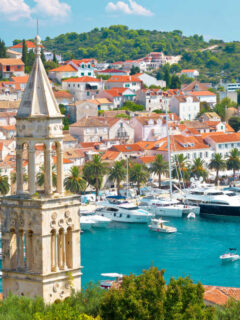 Previous
Croatia Removes All Entry Requirements and Returns to Normal 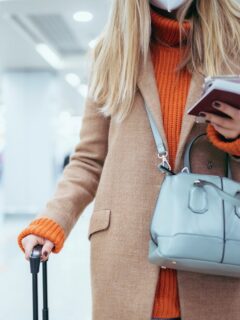 Next
Airlines Must Pay You Up To 4 Times The Cost Of Your Flight If This Problem Happens
Click here to cancel reply.

@Atlas, nice dream of yours