Although hopes were high for the first restriction-free travel season, the current chaos seen at airports is making two years of Covid look more and more like a mild disturbance. Flight delays, cancellations, lost luggage reports and emergency re-routing due to air traffic congestion are now widespread across the industry.

No matter how seasoned a traveler is, or how early they check in and arrive at the airport, there is now a risk they may miss their flight anyway, as wait lines get bigger and security staff struggle to keep up with the endless flow of people. Even though the entire word is facing this travel misery, there is one country being hit much harder than others.

On top of handling the stratospheric passenger numbers, a challenge on its own now that staff is limited, this nation’s tale of woe can be largely attributed to one thing: the Covid regulations they continue to enforce at their outer borders, and that only increase bureaucracy and make delays far worse.

Welcome to Canada, the land of the f… Flight delays?

Is Canada The Last Country You Want To Be Traveling To Now?

If you’re one of our avid readers, you might have noticed Canada has featured a lot on Travel Off Path lately, and for all the wrong reasons. While other countries are now being praised for relaxing restrictions and emerging from a two-year state of emergency, Canada is one of a select few in the Western World where Covid travel regulations still apply.

Besides the most obvious consequence – lost revenue and the devastation of the tourism sector – another problem arising from these strict border policies are the airport delays. Currently, in order to enter Canada, passengers must present a vaccine certificate, unless exempt, and download the ArriveCan app.

It may sound like two simple requirements, but Canadian authorities have been known to thoroughly check that incoming passengers are complying with health measures, even subjecting them to random testing on arrival. Inevitably, these policies have hampered the industry’s full recovery, and it seems like it’s only making airport delays worse.

According to Canada’s Conservative Party, during the July 1 weekend, passengers transiting Canadian airports suffered more flight delays than others in ‘nearly any other country in the world’. The opposing has repeatedly called for the Trudeau Administration to drop the remaining rules, seen as a major contributor to this travel chaos.

In their latest tweet addressed to the Government, the Conservatives were the ones to (ironically) urge the Liberals to ‘axe’ the ArriveCan app and eliminate ‘unscientific’ mandates. The party believes that, by removing these barriers to travel, Canada’s economy will return to ‘pre-pandemic normal’ and the disruptions will ease.

Travel Disruptions May Not Be Exclusive To Canada, But Hard Rules Are Certainly Not Helping

To be fair to the Canadian Government, this alarming spate of delays is not a Canadian-exclusive concern. Numerous countries in Europe, including those that have dropped all Covid rules, have been struggling just the same, as the travel floodgates open and the lack of staff forces airlines to scale back operations.

That being said, none of these countries’ flag carriers have announced they are axing over 9000 flights this summer, or are recording tourist figures far below 2019 levels. Canada’s travel industry is hanging by a thread due to the the country’s self-inflicted, crippling restrictions, and the longer this goes on, the harder it will be for travel to fully resume.

Even after the mass cancelling of flights, which provoked the ire of hundreds of thousands of Canadians, Air Canada and Toronto’s Pearson Airport stubbornly ranked as the worst for flight delays worldwide on June 26. As reported by The Canadian Press, 65 per cent of Air Canada’s flights arrived late.

In fact, the top three reveal has only served to tarnish Canada’s reputation as a global hub: all spots were claimed by Canadian carriers. Montreal-based Jazz Aviation was allocated in the runner-up slot, narrowly followed by Air Canada Rouge, with a large percentage of flights landing late – at times, much later – than originally scheduled.

When it comes to airports, Canada’s busiest airport Pearson, serving Toronto, was the only one to have more than half of all flight departures delayed. The North American country also saw a second airport chart inside the top ten, as Montreal’s Pierre Elliott Trudeau was ranked the tenth worst airport for flight disruptions right now.

What Are My Rights When My Flight Is Canceled?

The origin of the crisis can be traced back to the travel resurgence now that Covid is largely under control and staffing issues at airports: the perfect recipe for disaster. Faced with criticism, Canada’s Government has reacted and recently announced all canceled flights in Canada will be refunded regardless of reason.

The new regulation aims to appease customers who might be feeling anxious regarding travel this summer, or are even reconsidering flying due to the volatile scenario and the horror stories coming out of airports. Regretfully, as it is yet to come into effect, passengers have remained at the mercy of understaffed airlines.

As per the ‘Long Delay and Flight Cancellation Notice‘, under the Canadian Air Passenger Protection Regulations (shortened APPR), if an Air Canada flight is delayed for three hours or more, or canceled, passengers have a right to be compensated. This includes food and drink in ‘reasonable quantities’ and free accommodation.

Will My Rights As A Passenger Be Respected?

Even though Air Canada is legally bound to offer refunds for long delays or cancellations, this rule has reportedly not been followed. In a viral video posted to TikTok, a frustrated customer (identified as @lala.haze) details her stressful experience with the airline following a six-hour delay, only to have her flight cancelled.

According to the TikTok user, she then proceeded to call the airline. In her own words, after no help was provided at the front desk, she waited on hold for ‘over six hours’ until being rebooked on a flight leaving in the morning. Hotel and food expenses were not covered by Air Canada and the passenger faced a further 4 hour delay the next day.

The cherry on top? Her luggage reportedly didn’t make the next flight, and only $10 were offered as compensation. In the comment section, others shared their own Air Canada stories, ranging from equally bad experiences to more satisfactory ones. The airline has not offered a comment on this particular case.

Covid may have dwindled, but the pandemic-era unpredictability is still very much present. With all the havoc being wreaked in the travel world, we strongly advise you to get insured for delays, cancellations and lost luggage ahead of boarding your next flight. You can read more about Travel Insurance for 2022 here.

Frontier Launches 75 Percent Off But Good Luck Booking Them 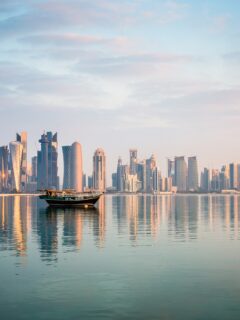 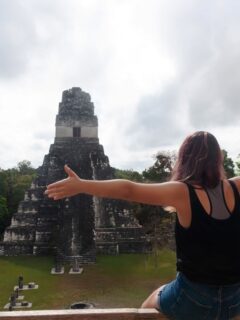 Next
Central America Beats Europe To Become The Number One Destination For Solo Travel
Click here to cancel reply.