President of the EU commission Ursula von der Leyen made a breaking public statement on Sunday to The Times in Brussels, giving positive affirmation that American tourists will once again be allowed to travel to and within the European Union, so long as they are fully vaccinated.

April 2021 also brought many new announcements and rule changes that will allow passengers from the USA to once again enter several EU nations before the summer.

Below we have a list of the current and confirmed European Union countries Americans can enter, which countries are allowing Americans after 14-days in a fellow EU nation, and which countries intend to let American tourists enter very soon.

Americans Can Now Travel To These EU+ Countries in 2021:

Croatia has reopened for a second time and is once again allowing passengers from the United States to visit as tourists.

After enjoying a very successful tourism season throughout the summer of 2020, the government of Croatia changed some verbiage in their entry requirements in December, which no longer included visiting for the purposes of ‘tourism’. The removal of the tourism clause paired with increased rules effectively halted American travelers from visiting throughout the start of the year.

Now as of April 2021, Croatia has added back ‘tourism’ as a valid reason for the entry of third-party countries, which includes the USA.

Visitors from the U.S. have ‘a la carte’ options to enter Croatia, which allows them to choose one of the following:

American tourists will also have to show proof of paid accommodation in order to enter Croatia at this time.

Flight Note: United has just announced they will be starting a direct route from EWR to Dubrovnik starting this summer in order to give American tourists easier access to Croatia.

Last week Greece announced they would open up to American tourists on April 19th, and low and behold they kept their word. In a time of uncertain plans and loose promises, it was a breath of fresh air to see the entry requirements officially updated.

As of April 19, 2021, American tourists can enter Greece for non-essential reasons, like simply enjoying a holiday.

Much like Croatia, American travelers will have a choice of how they would like to enter Greece. They can either produce a 72-hour negative PCR test – or – provide proof they have been fully vaccinated and at least 14 days have elapsed since the final shot (or one shot in J&J’s case) has been administered. See all of Greece’s entry requirements here.

Yes, Iceland is not an EU nation, but considered to be an EU+ nation as it belongs to EFTA and the Schengen area. Many governments within the EU consider Iceland as an ‘EU nation’ for their entry requirements, so we’ll do the same for the purposes of this guide.

As of April 6, 2021, American travelers can enter Iceland for the purposes of tourism, so long as they show either proof of vaccination or proof of recent recovery from the virus.

Iceland is very specific on what kinds of proof they will accept, but as long as the vaccination or recovery certificate matches their requirements, no pre-flight PCR testing is needed.

However, testing upon arrival is still being asked for, even if vaccinated. Iceland’s official government site reads: “If you hold an appropriate certificate, you are required to undergo one COVID-19 test upon arrival. The test is free of charge. You must wait for the result of this test (usually received within 5-6 hours but may take up to 24 hours) at your accommodation. You do not need to quarantine for 5-6 days and take a second test. Note: this testing requirement is temporary and will be reviewed by May 1.”

EU Countries That Will Partially Allow American Tourists (After they spend 14 days in another EU nation):

After making the trek from the U.S. to Europe, many American tourists will be looking for additional countries to visit. One of the most asked questions we get is “Can I enter other EU/Schengen nations once I have spent 14 days in a fellow EU/Schengen country?” The answer is: yes to some, unknown to others.

Some EU countries, like Malta and Italy, have been very clear that once you’ve spent the last 14 days in an EU/Schengen country, you will be permitted entry. Other countries, like Portugal or Spain for example, have never really published clear rules on the subject, while Iceland says specifically “travel to the Schengen area from Iceland for third-party nationals is not permitted at this time”, so it’s clearly up for debate.

Below we have listed the countries that have been clear that this is permitted. Yes, in practice there may be additional EU nations that allow a ’14-day loophole’, but for now we’re only advising travelers to continue on to the below nations that have publicly stated it’s alright to do so. We will add more EU nations to this list as we find government-sourced proof/data it’s possible.

Throughout 2020 and 2021 Malta has been quite open about accepting tourists from third-party countries, as long as they have been in a ‘Green’ or ‘Amber’ country for at least 14 days before entering Malta.

Currently their ‘Amber List’ includes Croatia, Greece, and Iceland, so American travelers should be able to enter Malta as long as they have been in those nations for the past 14 days and they abide by all other entry rules, which include:

Proof of a 72-hour negative PCR test before boarding flights to Malta -or – show proof of being fully vaccinated with at least 14 days from the last shot.

Italy is allowing American travelers to enter after they’ve spent 14 days in a fellow EU nation, as long as they agree to a few additional entry requirements.

Their government site states a list of rules required for entry, which includes:

President Macron announced on April 19, 2021 that by May he hopes to fully reopen for American tourists, providing they can either show a negative test or proof of vaccination.

“We will progressively lift the restrictions of the beginning of May, which means that we will organize in the summertime with our professionals in France for French European citizens, but as well for American citizens,” Macron said, giving hope to the millions of travelers who are bound to have destinations such as the Eiffel Tower and the Louvre on their travel bucket lists.

“The idea indeed is altogether to offer that to the American citizen when they decided to vaccinate or with a PCR test being negative. So the idea is indeed to always control the virus, to maximize the vaccination and to progressively lift the restrictions.”

While Macron’s announcement to allow American tourists in May is still just a draft plan, Greece made a similar promise that did come to fruition, so hopeful travelers should bet on France becoming a reality as well.

In his address at the WTTC’s Global Summit, Spain’s tourism minister Fernando Valdes Verelst revealed plans for a digital health pass that would allow people from around the world to access the country this summer.

Verelst said “June will be the start of the recovery of tourism in Spain,” before adding “by then, we will have a digital vaccination certificate in place and we will be able to reopen our borders.”

European Countries (outside of the EU) Allowing American Tourists

As Americans enjoy summer in places like Greece and France, they might also want to enjoy some of other European countries not necessarily in the EU.

American tourists are also permitted to enter these following European countries without quarantine:

The above countries may have other requirements like PCR testing. Click on the name of each country to see a guide of the current entry rules.

Note: Throughout the pandemic, there have been some EU nations (like Slovenia for example) that have intermittently allowed American travelers in as long as they produce a negative test and agree to quarantine for 14-days. We have not included these nations on this list, as a 14-day quarantine isn’t considered ‘open for tourism’, as it’s still too restrictive.

Previous
How the Rise of Experience Tourism is Changing Travel 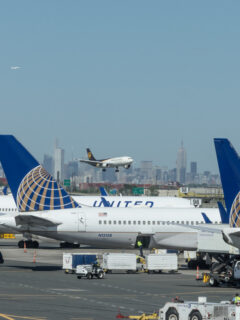 But Bulgaria has not reopened for non-essential travel from the USA.

Purportedly,the UK is opening up overseas travel for it's citizens to start moving around the world. Can you keep us abreast of EU countries that we can enter, leading up to that date, provided the UK sticks to it.

So, from Turkey, being an EU nation, is there an official OK to enter Italy? We’ve been here for a month and would like to leave as early as this weekend.

Sorry, Turkey is not an EU nation, so that will not be permitted

How about the other way around? Canada and US are still 'closed' for European tourists right? Anyway, most EU countries have always been 'open' for foreign tourists but why would you travel if the only thing you can do is walk down the streets with a facemask? Here in the Netherlands the lockdown is until Mid May for sure; museums, hotels, shops, you name it... everything is closed. They also close down public parks when there are too many people. (which is always the case when it's sunny) I do hope in summer it is actually possible to travel in Europe again!

@Kashlee Kucheran, Do you think the Schengen countries will reciprocate?

@Kashlee Kucheran, any idea when that will be? The drop of the Schengen ban?

Yes, Canada and the USA are still closed for European tourists. Canada will likely be a while, since their own citizens can hardly get in without a million rules, but the USA might drop the Schengen ban soon

Why 14 days in one EU State before to go to another ? There are no boarders controll inside Schengen.

Because that is what the governments of the individual countries are asking for, and during the pandemic, there certainly are actual physical checks and borders between many countries, whether by airlines at the airport or stops at the land borders