United Airlines has announced that they are set to end all flights to 8 more cities across the US, with the routes set to be cut early into the new year. The news comes just after it was revealed that there would be more cuts by United just last week, and continues the trend of smaller cities across the US that are suffering most of the pandemic related cuts as attention is turned towards international destinations.

United aren’t the only airlines to recently announce that they are cutting routes in the US, with many airlines now forced to take drastic cost-saving measures in order to stay afloat after a tough period due to the pandemic. Here’s a look at which routes are set to be cut by United, and which airlines will still be serving those routes once United pulls out.

During last week, United Airlines announced that it would be stopping all of its services to three cities in the US by January 3rd. The cities in question were Twin Falls in Idaho, which will see operations end on November 30th, whilst the cities of Pierre and Watertown, both in South Dakota, will have their own services ended on January 3rd, 2022. Fast forward to this week, and yet even more cities are set to see their connectivity cut at the hands of United.

By January 3rd, eight more destinations will see their names disappear from United’s route maps entirely, as the airline continues on with its scaling back of operations. The cities set to be removed from United’s operations are as follows:

With the pandemic still going on in the background despite restrictions easing, flights to these destinations were deemed to be unviable in the current climate, with not enough demand to warrant the routes remaining. Flights to these destinations were carried out by affiliate airlines of United, such as SkyWest, Air Wisconsin and CommutAir, whilst the airports were reached by flights departing from United’s regional hubs in either Houston or Chicago.

It’s a trend that isn’t just affecting United Airlines, but many airlines across the US. Whilst many are quick to announce details of the new and exciting international routes they are adding, some domestic destinations across the US have seen their connectivity slashed as a cost-saving measure. Delta has recently pulled out of some destinations, whilst some extreme cases have seen airlines pull out of cities and leave them without any air service at all.

Fortunately, this is not set to be the case with the eight cities United is canceling flights to. Each of those eight cities currently welcome flights by at least one of either American Airlines or Delta, which means their residents may not be too severely affected by the changes being made by United.

With a busy season of travel expected as a result of the changes to the US’ travel restrictions that went live yesterday, it is hoped that the travel industry makes a strong enough recovery in order to prevent airlines from cutting routes once more in the future. 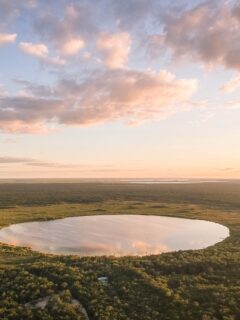 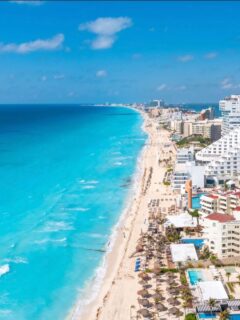 interesting to see a single-engine B747