There’s no stopping Delta now that the world has finally reopened following two years of strict Covid lockdowns. In spite of the current issues facing the aviation sector, ranging from logistical problems to crippling staffing shortages, the airline is bouncing back, having announced new direct flights to three amazing international destinations.

With two of them inaugurating as soon as December, and the third and final one opening in May 2023, the carrier will have a busy few months ahead preparing for its busiest winter-spring season since the pandemic started. Customers, on the other hand, will enjoy easier links to some of the world’s most sought-after vacation spots.

Whether you’re dreaming of a Pacific getaway, a once-in-a-lifetime African adventure, or a Middle Eastern cultural trip, you’re in for a treat:

Delta Fights Back After Two Years Of Covid And Treavel Chaos

While United debuted 5 new international flights as early as April, and just this week added 3 other air links to Europe, hardly seeming affected by the chaos plaguing the industry, Delta has had a bumpy comeback from the pandemic. It cancelled service to five U.S. cities this fall, besides reportedly resorting to drastic measures to ensure flights leave on time.

Now, it seems ready to turn that page, improving reliability and offering customers new, more exciting offers, both from its Atlanta and Los Angeles bases:

For the route, the airline is enlisting its Boeing 767-300ER, set to take to the skies on Tuesdays, Thursdays and Saturdays. Due to its remote location in the Pacific, Tahiti is not considered one of the easiest hubs to reach, with journeys being long and usually entailing stopovers. Its popularity keeps growing, though, and Delta’s choice of destination is proof of that.

Prior to this launch, the other U.S. airline serving Papeete from the U.S. mainland was, ironically, the aforementioned United. At first, only three flights a week were available from San Francisco (SFO), much like Delta’s planned frequency, but strong demand has since led United to increase it to five, something the airline in question may be reserving for later.

Tickets can already be purchased directly from Delta’s official website, starting at $1,017 one-way for Economy seats. Alternatively, the luxurious Delta One airfare, which feature an 180-degree flat-bed seat, can cost up to $5,288 when booked in advance. The total journey time is 9 hours and there are no layovers.

It’s been a long time coming, and on December 17, Delta will finally inaugurate its Atlanta (ATL) – Cape Town, South Africa (CPT) flights. The airline plans to fly on this route three times a week, similarly to its Tahiti schedule, except departures will take place every Monday, Thursday and Saturday from the Atlanta hub.

Airplane enthusiasts will be thrilled to know Delta is deploying its Airbus A350 for the Cape Town launch. One of the largest in their fleet, it features 32 Delta One Suites, 48 Premium Select, 36 Comfort+ tickets with extra legroom, and a whopping 190 seats in ‘Main’ Economy, for a total of 386 per trip, or 686 seats weekly.

As for Cape Town, it is one of South Africa’s top destinations. Located on the country’s Southwestern coast, sandwiched between the Atlantic and the towering Table Mountain, it is a multicultural city rich in culture and natural attractions. Whether you’re a History enthusiast, or simply looking for a relaxing beach vacation, Cape Town has enough gems to keep you entertained for days.

Here, Americans can join one of the many local hiking tours, sample the local cuisine, and drive up the world-famous South African coastline, where numerous spotless beaches and wildlife can be found. Additionally, it is within close reach of the infamous Robben Island, a prison where Nelson Mandela was once incarcertaed.

Lastly, Delta has added its third Israel route, again from Atlanta, launching May 10, 2023. Frequency will be three times a week, departing Atlanta at 14:00 and arriving in Tel Aviv-Yafo (TLV) at 9:15 of the next day. The Airbus A350, which has been selected for the flight path, is expected to take off on Wednesdays, Fridays and Sundays.

Up until now, only New York and Boston-based customers had an air bridge with Israel. The carrier did offer direct flights to Tel Aviv from Atlanta from March 2006 until August 2011, but those had been cut since. Once the inauguration happens, it will mark the first time in nearly 11 years that Atlantans will be able to fly nonstop to Israel with Delta.

The country has been open for tourism since late May, meaning tourists are no longer subject to mandatory health checks, or presentation of vaccine or negative test certificates when arriving. They are free to explore Israel’s many wonders and marvel at the Holy Land’s mystery straight out of the plane – and there are wonders galore. What are some of them?

On the Mediterranean coast, Tel Aviv-Yafo is a world-class city originating from an ancient port. Other historical places include Jerusalem, one of the holiest cities in all of three Abrahamic religions, Bethlehem, said to be Jesus’ birthplace and a Palestinian enclave, and Nazareth, as well as other sites of biblical importance such as Masada and the Dead Sea. 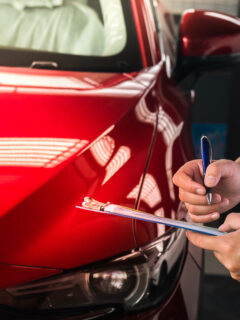 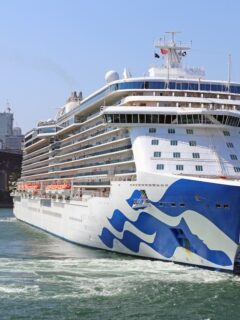 Next
Princess Announces 47 Cruise Itineraries From U.S. And Canada For 2023
Click here to cancel reply.

I love all your coverage with the Covid stops, & followup openings, (a LOT of good work there) but I would prefer a little more proof reading for keeping your credibility up there. Yes, I still Love you.