As fears over the new Covid-19 variant named Omicron continue to grow, more countries are adding travel restrictions. Japan is one of the latest to do so, banning all foreign tourists from entering the country.

This post will look at the new travel restrictions in Japan and how the variant is impacting global travel so far.

Omicron was first detected in South Africa, prompting many countries to add travel restrictions from that region. However others, like Japan, are outright banning tourists despite easing its border controls earlier this month.

After the news of Omicron came this weekend, Japan tightened entry restrictions for people arriving from South Africa and eight other countries, requiring any arrivals to do a 10-day quarantine at a government-designated facility in an effort to slow the spread of the new Omicron variant of Covid-19.

Then today, Japan’s prime minister Fumio Kishida announced that it will close to all foreign travelers from Tuesday, stating that they “are responding to the Omicron variant with a strong sense of urgency.”

“We will ban the (new) entry of foreigners from around the world starting from November 30,” said Kishida.

“Research is needed to determine how contagious the omicron variant is globally, and whether vaccines are still effective in preventing transmission or severe symptoms”

The entry ban will not affect Japanese nationals or foreign residents returning to the country, but those returning from designated countries where the variant has been found will need to isolate at a government-designated facility for three to 10 days.

As cases continue to be found across the globe, travel restrictions are being imposed once again.

On Saturday, Israel announced that they will be banning all foreigners from entering the country for at least 14 days.

Morocco’s foreign ministry also said it would be suspending all incoming air travel from around the world from Monday for two weeks.

The US announced that they will restrict incoming travel for eight countries in the region, but American citizens and permanent US residents will be exempt.

Dr. Anthony Fauci told NBC he wouldn’t be surprised if the variant is already in the States.

“When you have a virus that is showing this degree of transmissibility… it almost invariably is ultimately going to go essentially all over.”

Canada has detected two cases of the virus so far in Ontario, as have many countries in Europe including The Netherlands, France, Italy, Portugal, and Germany. In addition, the UK and Spain have reimposed new restrictions.

WHO Is Calling For Borders To Remain Open

The World Health Organisation has called for frontiers to remain open since the variant has already been detected in many countries and closing borders often has limited effects.

In a statement, the WHO said it “stands with African nations” and noted that travel restrictions may play “a role in slightly reducing the spread of COVID-19 but place a heavy burden on lives and livelihoods.”

Others have argued that travel restrictions could provide valuable time to analyze the new variant, as right now little is known about it, including whether it is more contagious, more likely to cause serious illness, or more able to evade the protection of vaccines.

The WHO did warn that  “the likelihood of potential further spread of Omicron at the global level is high. Depending on these characteristics, there could be future surges of COVID‐19, which could have severe consequences.”

Still, Fauci said it will take about two more weeks to have more definitive information on the transmissibility, severity, and other characteristics of Omicron.

Only time will tell the severity of the impact of Omicron on the global travel industry, which was just beginning to recover.

United And Delta Will Continue South African Flights Despite Restrictions 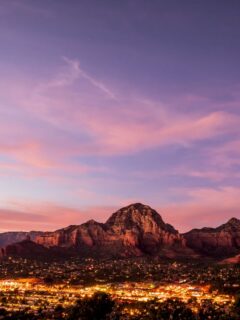 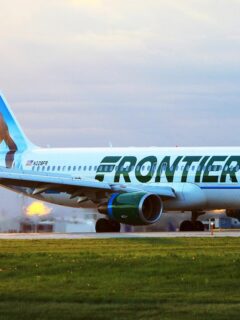 We're supposed to visit Japan on a cruise in April, but it looks like we're going to have to cancel. I don't see this restriction being sufficiently lifted in the next 5 months so I guess it's off. :-( Damn.

We need to accept this thing will infect everybody sooner or later..we won't build proper immunity by shutting borders or hiding. I had covid a few months ago and it was for me atleast very mild. As it is for 98% of the people. Just protect the weak and old and let us move on with life. This nonsense won't end I'm afraid as there is bigger agendas at play here

Ah you poor souls. How's that saying go - repeating the same thing over and over again and expecting a different result is called insanity. Just like Delta was a fraction was a fraction as dangerous as Alpha (which also was nowhere near as dangerous as we were led fo believe), though possibly sonewhat aided by vaccines (we'll never really know btw), this new variant will either disappear into irrelevance or be equivalent of a cold. Virus do that. They barely ever mitate into anything more serious. So kudos on destroying everything in a nonsensical, pointless and futile attempt to prevent a runny nose.

How else will they be able to push mandatory vaccines on people without another round of fear. Austria mandating for all citizens, Greece mandating for everyone over the age of 60, with Germany in the talks of following right behind them. Also everyone get boosted to fight OMICRON....with the same shot that failed the first two times. You are right, insanity.

Futile. They have omicron already or will get it soon enough.