These Are The Top Domestic Destinations In The U.S. For July 4 Weekend

With millions of Americans looking to travel to celebrate Independence Day (4 July) – in the coming week or so – these are the most popular domestic destinations for U.S. travelers.

The American Automobile Association (AAA) has recently predicted that as many as 47.9 million people will travel during this year’s 4th July long weekend – with the vast majority of travelers (42 million) opting to travel to their holiday destination by road, even with the ever-increasing price of gas.

They also revealed which cities are set to be the most popular for Americans looking to book a short vacation in their own country – and so let’s find out which domestic destinations these are.

With so many Americans looking to travel domestically over the July 4th weekend, it seems that there are a number of U.S. cities that are proving to be the most popular destinations for those looking to take advantage of the long weekend to celebrate Independence Day.

But, before we reveal the full top ten list – of the cities that are experiencing the largest number of flight, hotel and tour bookings – let’s first take a look at which three cities are expecting the most domestic travelers in just over a week’s time.

Sitting in the number three spot is the city of New York – which certainly offers a wide variety of things to do and see, as well as a huge number of accommodation options to choose from – including a variety of boutique hotels for those looking to celebrate their holiday in style.

Flying to New York is also becoming increasingly easier, and more convenient, from other cities around the country – with more and more airlines offering flights to and from the Big Apple.

Just recently Breeze Airways announced that it was launching its first flights to New York – with flights to and from some U.S. cities set to begin operating just in time for the 4th July weekend.

The city that is proving to be the second-most popular destination for Americans looking to celebrate Independence Day away from their home is the largest city in Washington State, Seattle.

Again, it will not come as much of a shock as to why this city seems to be a popular holiday spot for U.S. travelers – with it offering so many things to do, places to visit, as well as some great nightlife spots for those looking for some party action.

And, that is not all, as Seattle also boasts a variety of top hotels, and is an extremely accommodating – and entertaining – city whether you are traveling in a couple or as a family.

You will also certainly not go hungry in the city – with Seattle offering so much when it comes to food, including some unique restaurants for those looking to experience something a little ‘quirky’.

Click here for some tips for visiting Seattle in 2022.

Taking the number one spot – as the most popular domestic destination for American travelers during the July 4 holiday weekend – is the city of Orlando, Florida.

It will come as little surprise to many that Orlando sits at the top of the list – with it having recently been revealed that more than 36 million tourists have already visited the state of Florida so far this year.

We all know that Orlando is commonly referred to as the ‘theme park capital of the world’ – with the city boasting some of the very best theme parks on the planet.

This includes the likes of Walt Disney World Resort, Universal Orlando and Seaworld Orlando, which is currently offering free beer to visitors to its park.

For tips on how to plan the best Disney World vacation for your budget – click here.

And, if you are looking to do something else other than just visit the city’s theme parks, you are certainly not going to be short of choice – with Orlando offering multiple outdoor attractions and activities.

The city also features some of the very best museums & art galleries – which allow visitors the opportunity to learn more about the history and heritage of Orlando.

There are also a number of budget-friendly things to do for those looking to venture a little outside the city – with other fantastic attractions and activities just a short drive from Orlando itself.

These Are The Top Ten Most Popular Domestic Destinations For U.S. Travelers For The 4 July Weekend

Having just revealed which three U.S. cities are at the top of the list when it comes to domestic destinations for Americans traveling to celebrate this year’s Independence Day – here is the full top ten list of places that are proving to be the most popular holiday spots for Americans during the 4th July weekend. 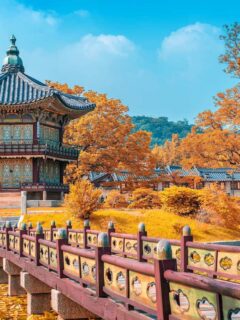 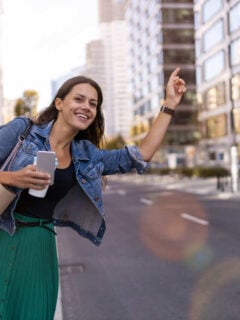 Next
Uber Is Bringing Carpool Rides Back To The U.S. For Cheaper Transportation Options
Click here to cancel reply.